TRAP (Telomere Repeat Amplification Protocol) assay is based on initial extension of non-telomeric primer by telomerase activity with telomeric repeats, and subsequent amplification of the elongated product with PCR. It can be performed as a semi-quantitative or a quantitative version.

This technology can be used for: 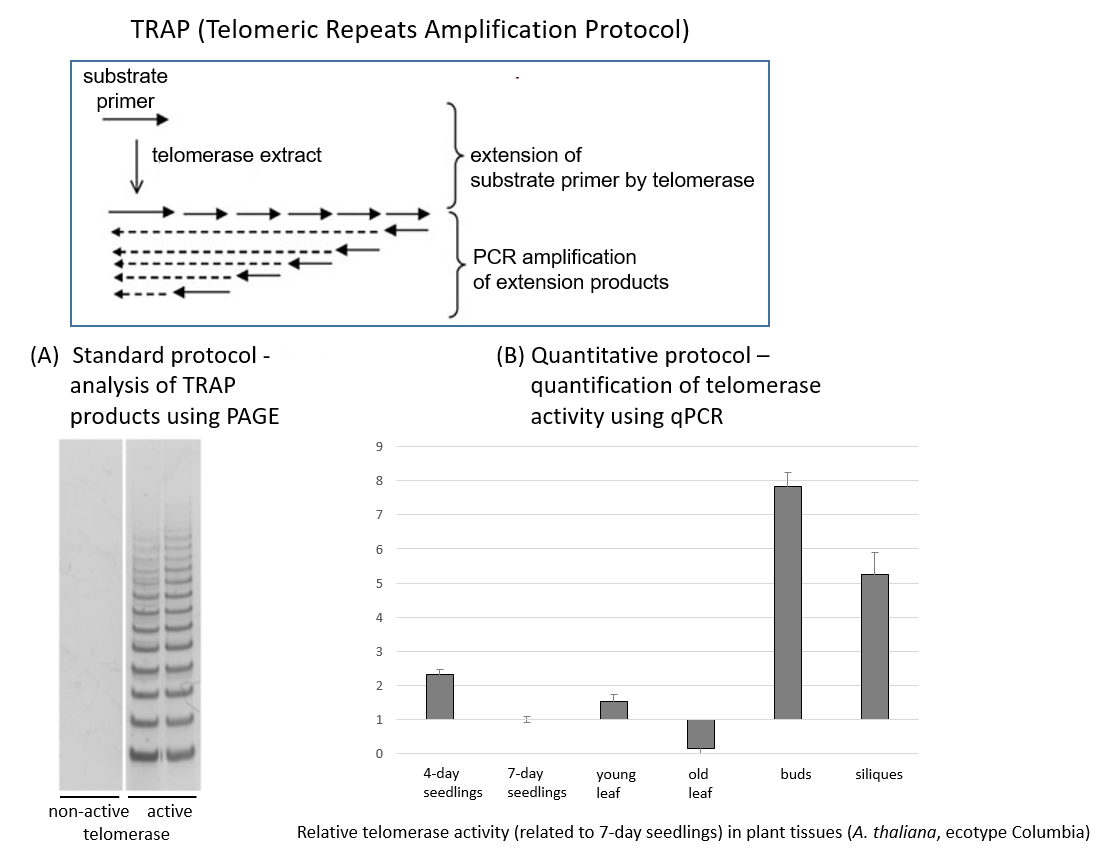