Home About Us Events Hookworms: From Genomes to Vaccines and Parasitic Biology
Lecture

Hookworms: From Genomes to Vaccines and Parasitic Biology

You are cordially invited to a lecture given by Erich M. Schwarz, Department of Molecular Biology and Genetics, Cornell University.

Erich M. Schwarz will describe progress in identifying hookworm genes whose transcription is upregulated by the presence of a normal host immune system, and whose protein products may be secreted into the host, making them key candidates for encoding virulence factors enabling infection. He will also describe progress in identifying hookworm genes that may encode usable protein components of a multisubunit anti-hookworm vaccine.

Nematodes are a phylum of worms found on all seven continents. The most well-known nematode is the model organism Caenorhabditis elegans, but nematodes encompass over ten million other species with greatly diverse body structures, lifecycles, and inhabited ecosystems. A small but important subset of nematodes are parasites that infect human beings, their companion animals, or food crops. In humans, the most debilitating parasitic nematodes are hookworms, which infect over 400 million people. Hookworms feed on human blood and cause debility comparable to that caused by malaria; their infections can last for years, despite the fact that healthy human immune systems normally drive out most infections quickly. Roughly 85% of hookworms infecting humans are Necator americanus; other human hookworm species are Ancylostoma duodenale and Ancylostoma ceylanicum. The mechanisms whereby hookworms successfully overcome host resistance are only partially known, but are thought to involve genes whose products interact with the host, either through intestinal digestion or through directly counteracting the host's immune system. 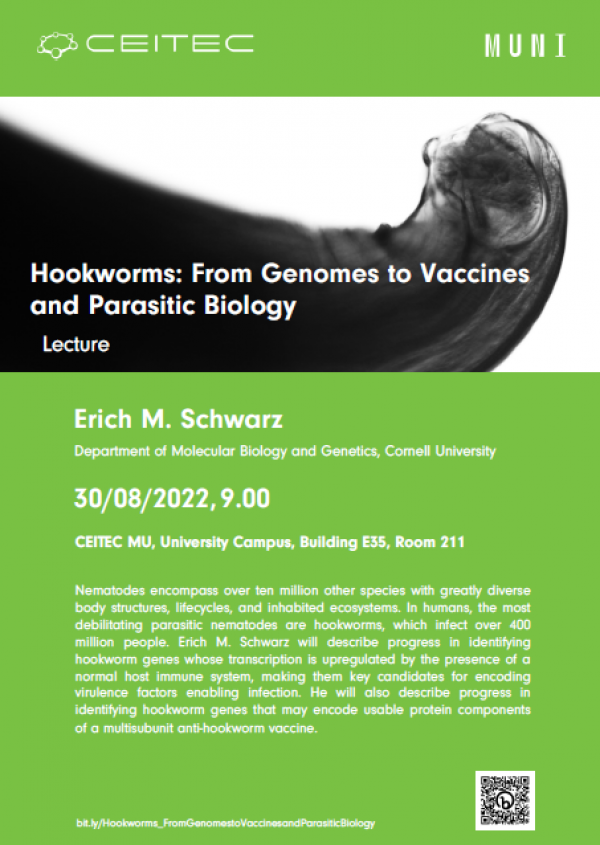