Home About Us News Interview with Prof. Mary O’Connell – ERA Chair: How is ERA Chair changing the Czech research environment?

Interview with Professor Mary O'Connell focuses on the ERA Chair (H2020 SEWP) to support universities and research institutes in attracting and retaining high-quality staff (ERA Chair holder) while ensuring sustainable structural change for excellence. At CEITEC Masaryk University, ERA Chair project is over and Mary O’Connell has kindly shared her reflection on its course, successes and failures and other challenges for the future.

About Mary and ERA Chair 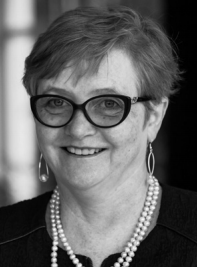 Mary O’Connell was born in Ireland and gained her Ph.D. in molecular biology at Albert Einstein College of Medicine, New York, USA. among her work experience belong visiting professorship at Stockholm University, Sweden; assistant, (instructor) at the University of Basel, Switzerland and postdoctoral fellow at the Massachusetts Institute of Technology (MIT), Cambridge, MA. USA. She is currently a professor at the CEITEC Masaryk University, Czech Republic.

Mary has received national, international and EU funding for her research. Since being at CEITEC, her group was funded by the ERA Chair, FP7 and currently is funded by OPVV, INTER COST 2018, GACR and MSCA. Mary has also among other awards been elected as an EMBO member 2017 and is a Co-chair of the COST Network ‘European Epitranscriptomics Network – EPITRAN 2017. Her further accomplishments include membership in international peer evaluation committees of funding applications, membership in national or international expert groups and position as editor of scientific and scholarly journals and publication series. Furthermore, she also works as a reviewer of grant applications for MRC, Wellcome Trust, BBSRC in the UK and also applications from ERC, USA, Israel, Switzerland and Austria.

ERA Chair instrument is one of the three core actions of the SEWP (Spreading Excellence and Widening Participation, also known as Widening) part of H2020. ERA Chair actions support universities or research organisations with the objective of attracting and maintaining high quality human resources under the direction of an outstanding researcher and research manager (the ERA Chair holder) and in parallel implement structural changes to achieve excellence on a sustainable basis. This instrument was tested through a pilot call in the part Research Potential of the previous Framework Programme (FP7) in 2013 and only convergence / less-developed regions could submit a proposal.

The call budget enabled financing of 11 projects and according to the rule „one project per country“ only 11 countries succeeded. Among them was Czechia with the project CEITEC_ERA (The ERA Chair Culture as a Catalyst to Maximize the Potential of CEITEC). The ERA Chair project at the Masaryk University had the overall budget of € 2 778 660 (the EC contribution was € 2 246 401) for 5 years (June 2014 – May 2019) and it was focused on supporting the on-going structural shift in the culture of the scientific community by engaging a world-class scientific leader capable of inspiring positive change. Masaryk University has already been deeply involved in this process as the largest contributing member of the Central European Institute of Technology (CEITEC). CEITEC is a scientific centre in the fields of the life sciences and advanced materials and technologies with the aim of establishing itself as a recognized centre for basic as well as applied research. As a result of the recruitment process, Professor Mary O´Connell moved to Brno and was involved in the project implementation as a key player. As we were interested in her first impressions and her current work at CEITEC, we asked her few questions.

ECHO: What was your main motivation and the most important element that supported your decision?

Mary O’Connell: I first saw the advert for this position in Nature and at that time, I was working at Stockholm University Sweden. My motivation was to do basic research, and it was very attractive to have a secure funding for five years. I was immediately attracted to the offer though I had no collaborations with Czech researchers at the time, but I did know Czech scientists, such as Štěpánka Vaňáčová, who is prominent in the RNA field and I had met her at conferences. What is more, my husband and two sons completely supported me. I had moved previously to four different countries, so a move to Central Europe did not worry me too much.

ECHO: How did the first contacts run and what were your feelings after the interview in Brno? Were you still so enthusiastic to get this job as in the beginning? And what were your first impressions of the overall environment?

Mary O’Connell: At the interview, I was very disappointed when I was questioned about my family and what would happen to them if I got the position. I asked whether the other candidates who were male would also be asked this question. I was assured they would be, but I doubted it. This question immediately made me concerned how women scientists were perceived and treated in the Czech Republic. Despite this glitch I was very happy when I was told I got the ERA Chair position. I was surprised at the make-up of the institute. To be honest, I never encountered such a huge administrative workforce; I was used to having about 5 assistants in the administration who dealt with everything. In addition, I was surprised at the lack of internal interaction between the scientists. At that time, there were very few internal seminars that were not broadly advertised so as a newcomer you did not get the opportunity to meet other scientists.

ECHO: What about the people you met, did you feel immediately at home or did it seem very strange? And what were your initial feelings about the position, institution, HR situation at the institution? Did you have to struggle with the environment?

Mary O’Connell: In the beginning, I felt very isolated. Czechs are not used to having foreigners, so they instinctively do not make an effort to make you feel at home as happens in Sweden or the USA who are more used to foreign researchers. I had few opportunities to meet other scientists working at CEITEC; nobody introduced me to even other PIs working in my department. In addition, when I had administrative questions, I did not know who to ask as I was overwhelmed by the size of it. I looked up the administrate job descriptions, trying to figure it out, but the descriptions did not make sense. Often when I asked for administrative help, I was told by someone that it was not their job, but they never told me whose job it was! Very quickly, I began to rely on one administrator, Zdenka Žampachová, who was a lifeline. I am eternally grateful to her for all her help during those first months at CEITEC. Generally, I was surprised at how difficult simple things were due to the burden of bureaucracy; everything I requested seemed not to be possible. Luckily, I very quickly ‘went native’ and became Czech in how to deal with special circumstances that goes with performing research within the Czech Republic.

ECHO: How did you choose your team members? And was it really up to you to choose them?

Mary O’Connell: I advertised the positions and chose who I wanted for my team. I was shocked at the number of women applicants who had left science for a number of years to have a family and wanted to re-enter again. They all told me the same story of the lack of affordable childcare. For this reason, I tried to get the university to do something about this issue, but I completely failed.

ECHO: What were you trying to do and what was the reason for failure?

Mary O’Connell: I pushed for and got a survey of the childcare requirements of personnel working at Masaryk University campus where I work. I was originally told that it was a waste of time as there were less than 25 children who needed places. The response was overwhelming, I do not remember the exact number, but I think it was something like 300 children. Then I was told that this number was too high and it would not be possible to deal with so many. Also, the University was very reluctant to take on the responsibility of childcare, they did not have the space, and legally it might have been a problem. Unfortunately, there were no discussions on how to solve these problems. I gave up on this project as very few people in positions of influence were willing to support this issue of childcare. It is a very important issue not only for women but for families. I hope attitudes in the Czech Republic towards childcare will change soon.

ECHO: What were the biggest obstacles during your ERA Chair project – and further funding opportunities? Can you please share your opinion on national, international funding – what did you receive, what not, how evaluation could be improved.

Mary O’Connell: I have found it very difficult to obtain funding from Czech funding agencies. As it is a small country, there are some inherent problems. Sometimes there are not sufficient experts available in a particular topic who can judge an application. Obviously, many researchers know each other, so if you are a foreigner, it can be a disadvantage. In addition, researchers on the funding broads can submit applications to this board; this is not allowed in many countries due to the obvious bias in the decision making. In these countries, if you submit a grant application to a board, you skip being on the board that year. The funding agencies could be easily improved by having foreign scientists on every board. Sweden is a country with a similar population as the Czech Republic, and this is what they do. I believe they would be fairer and establish more trust in the reviewing process. I have lived in six countries and unfortunately the Czech Republic has problems for the above reasons. Often there is not enough funding to fund all the excellent grant applications. It is better to state this than make up some random excuse why someone does not get funding.

ECHO: What do you consider your biggest successes? (in research, work life and for you personally). Did the ERA Chair project opportunity fulfil your expectations?

Mary O’Connell: I was extremely happy at the opportunity to perform research and to build up my group. The infrastructure at CEITEC is truly world-class, and I am grateful to have access to it. I think the overall ambition of the ERA Chair to change the work environment is too ambitious and not feasible for one person. I am happy with the minor changes that I brought about, which is the increase in research seminars at Masaryk University. We currently have departmental seminars, internal seminars for PIs as well an external seminar series for invited speakers that was established soon after I arrived. There are now more opportunities for researchers to interact and to collaborate with each other.

ECHO: It is important that you have stayed at the institution – how did it happen? Did you feel positive pull towards you staying? And what are your plans for the future?

Mary O’Connell: I am very happy to stay at CEITEC. I like my work environment and do not wish to move again. We have now established good collaborations and have all the required infrastructure to perform our research. I have re-established my research group and have all the expertise to perform the research we want to do. I feel very positive about moving forward, and definitely there is a positive pull towards me staying. My future plans are focused on research. There are some projects that I am passionate about and want to complete. I still put a lot of effort into organizing different seminar series as I believe they are essential in any research institute. I also try and do PR for CEITEC whenever possible. It is important to advertise what a great institute it is. It is a great brand, so I try to advertise it as much as possible as international recognition is important for any new institute.