Home About Us News It's not always only about science: We are the National "Bicycle Employer" of 2022

News Awards
It's not always only about science: We are the National "Bicycle Employer" of 2022

A healthy body means a healthy mind. This is also what we follow at CEITEC, which is why we support our employees every year in the Bike to Work Challenge. In this year's challenge, we drove 27,259 kilometers togerther at CEITEC MU and CEITEC BUT! However, a very pleasant surprise is also the recent news that scientists and administrative staff have chosen CEITEC BUT as Cyclo-Employer of the Year 2022. Not only for Brno, but even for the whole of the Czech Republic! We believe that this award reflects the care we take about our employees, and the term "Work-Life Balance" is not only a term, but also manifests in the atmosphere of our research center.

Based on a press release from the Partnership Foundation, a total of 3,740 participants and 1,160 teams took part in Brno, who tread, ran or covered a total of 851,000 kilometers. "It's not about performance, it's about setting behavior change. Our Partnership company strives to change people's behavior towards environmentally friendly transport in the long run in order to improve the quality of life and air in cities. The participants of the call saved 110 tons of CO2 emissions," summarized the coordinator of the Brno call Jitka Jirků from the non-profit organization Partnership.

The culmination of the challenge was the closing party in the Partnership Foundation's Open Garden on 15 June. The winner was not the one who drove the most kilometers, but everyone who overcame himself and tried to change their stereotypes in transport at least a little. In addition to announcing the results of individual categories and a raffle with the main prize, which was the Herka city bike from Cyklospecialit. The party also included an award for the Brno Cyclo-Employer, who also became the national winner - CEITEC BUT.

The aim of the Bike to Work Challenge is to motivate as many people as possible to use a bicycle or any non-motorized form of transport as a means of transport in the city. In addition to the joy of movement, participants can help improve their cycling infrastructure through anonymous data about their journeys, thus creating added value for life in their city. The general partner Bike to Work in the Brno 2022 bicycle was the City of Brno under the auspices of Mayor JUDr. Markéta Vaňková.

Thanks again to everyone who took part in the CEITEC challenge. And also to all those thanks to whom we received this non-traditional award for CEITEC BUT! Good luck again next year! 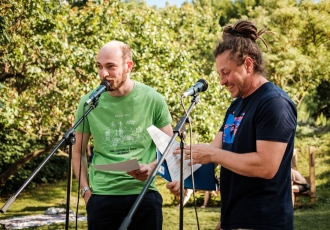 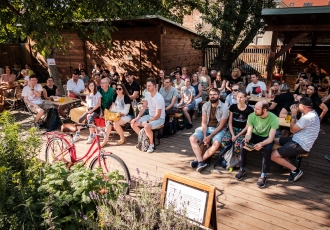 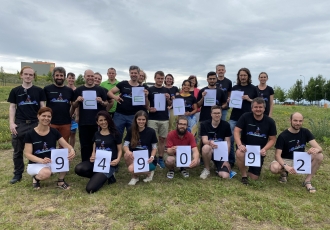