Jiří Fajkus, Research Group Leader at CEITEC MU and Head of the Mendel Centre for Plant Genomics and Proteomics, who is an internationally recognized expert in telomere biology and elected member of the prestigious European Molecular Biology Association EMBO, received the South Moravian Region Award for his contribution to science. Every year, the South Moravian Regional Council appreciates heroic, intellectual, sports and other exceptional deeds, works and contributions of natural persons who were born, live or are associated with their activities in the region, and who with their moral qualities set an example to others. Among the South Moravian Region laureates is this year also Jiri Fajkus from CEITEC MU. 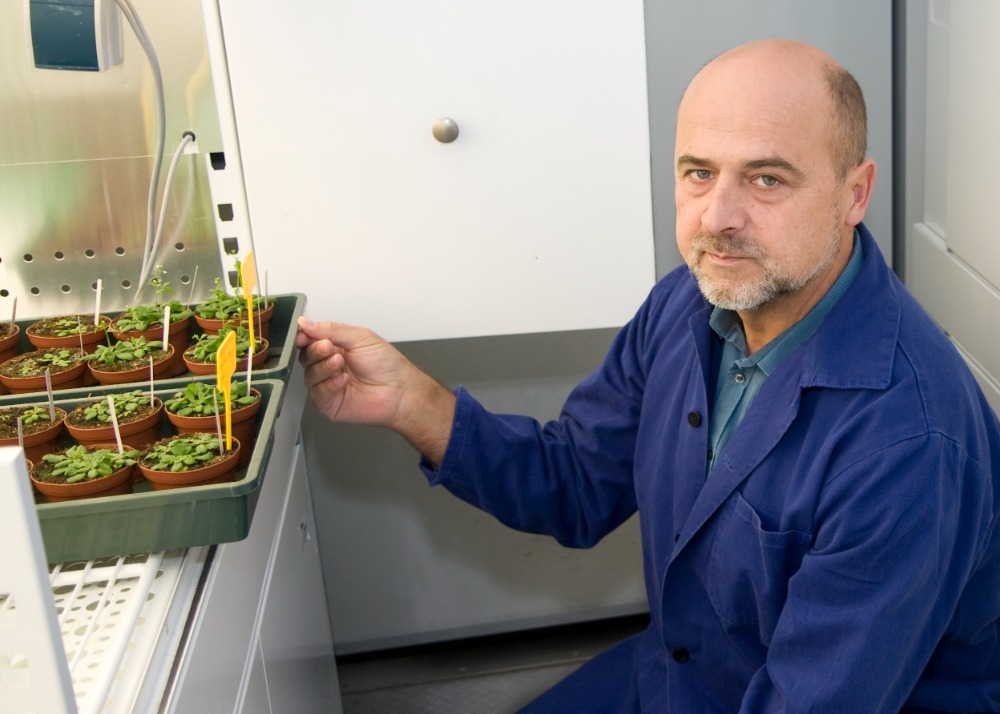 Jiri Fajkus studied biochemistry at the Faculty of Science at the Masaryk University and participated in the preparation and establishment of the CEITEC institute as the coordinator of the research program Genomics and Proteomics of Plant Systems. Few years ago, his team described genes encoding the RNA subunits of plant telomerases and thus contributed to a fundamental change in the view of the evolution of telomeres and to the plant telomerases.

He made another ground-breaking discovery this year. In his newest study, he significantly expanded the range of organisms with the known RNA subunit of telomerase, and thus clarified the common origin of telomerase RNAs in plants, algae and evolutionarily more distant single-celled organisms. Herewith, he has pushed the current knowledge about telomeres further into the past, spanning more than a billion years.

The South Moravian Region Award is an important award for him for two reasons. "The first reason is, that I received this award alongside other admirable personalities who are for me real authorities in their fields. So, I'm blushing a little next to them, "said Jiri Fajkus.

The second reason, he said, is that science, and basic research in particular, is often not so visible to the public. "If you do something more important from time to time, the result will go through a fairly strict assessment by the scientific community and will be published in a professional journal. That may be the end of it. But it shouldn't be. Subsequently, the knowledge needs to be brought to the public in a truthful, understandable and if possible interesting way, because we did the research with public funds after all,” says the scientist.

In this regard, the South Moravian Region Award perhaps indicates that the researchers from CEITEC MU succeeded even in this regard. "My research team and I have received several awards, which of course we value very much - but they have always been awards from national or international scientific institutions. The award from the South Moravian Region is the first one to come outside this framework, "added Fajkus.