Biogenesis and Evolution of Telomerase in Plants

Telomere biology belongs to hot research topics due to its attractive links to cell ageing and immortality, genome stability, and pathogenesis of severe human diseases including cancer. Our research in plants contributed to this field, among other things, with the observations of: i) reversible regulation of telomerase activity and its coupling with cell proliferation; ii) evolutionary changes in plant telomere DNAs. Mechanisms underlying these phenomena, however, have not been known. The answer is presumably hidden in the most important telomere factor – the telomerase. Recently we identified templating telomerase RNA subunits across land plant phylogeny, which not only explains the observed evolutionary switches between diverse telomere repeats but allows us – in association with known catalytic telomerase subunits and other associated proteins – to address a problem of telomerase biogenesis in plants. Using a multidisciplinary approach, we aim to characterise distinct steps in telomerase assembly, with the focus on the presumed scaffolding role of telomerase RNA in this process. 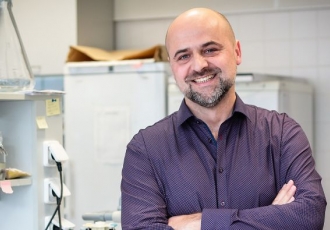