Link to the article HERE. 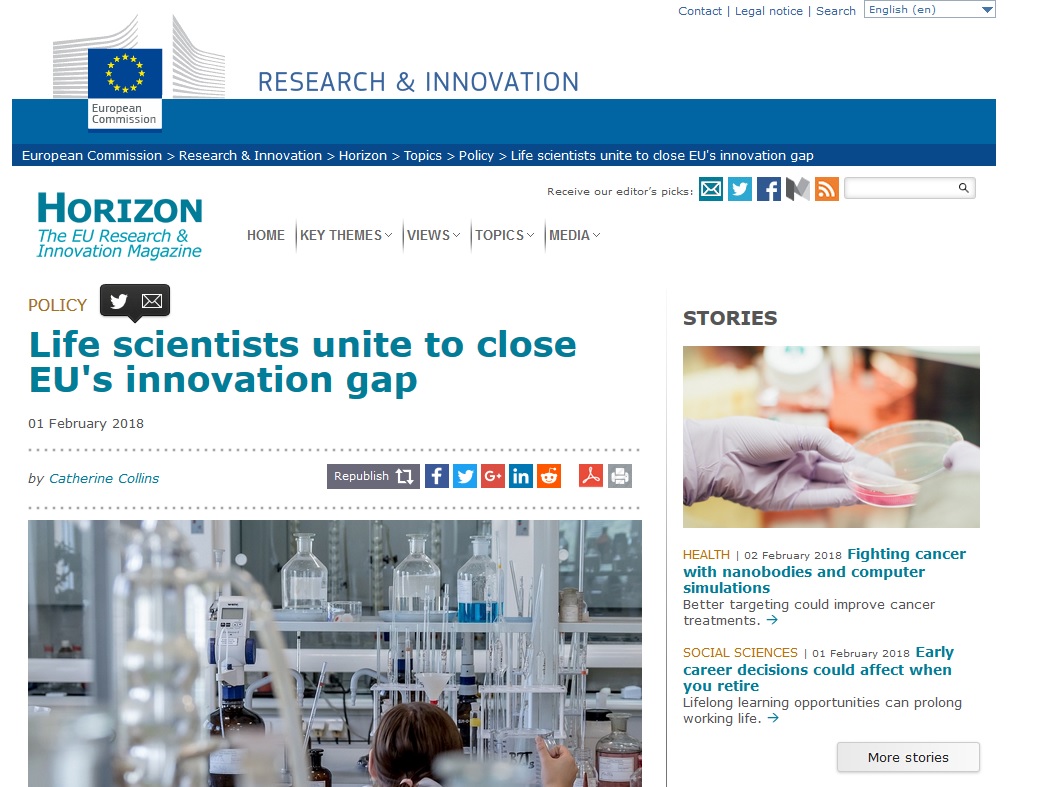 Nepotism, a lack of transparency and poor governance are among some of the challenging conditions faced by researchers in Central and Eastern Europe, according to a consortium of life scientists who have set up a project to raise the level of research excellence in those countries.

‘The importance of institutions in providing a favourable environment for science has too long been underestimated in this part of Europe,’ said Jiří Nantl, director of the Central European Institute of Technology at Masaryk University in the Czech Republic. ‘EU funds and the investments they provided for really changed the research landscape in our countries. Now, governance and culture are the next things to make a difference.’

He was speaking at a meeting in Brussels, Belgium, on 30 January to kick off the Alliance4Life project, which is uniting scientists from nine Central and Eastern European countries to address the underlying causes of the disparity in health research and innovation between the older EU Member States and the ones that joined more recently.

The bottom-up initiative, comprised of people from 10 life science institutes, has two years to provide the European Commission with recommendations for how to improve health innovation in the region and bring up conditions for research to levels of other EU countries.

Although these countries have benefited from heavy investments and funding over the past decade, there is still a catch-up game being played out between the east and the west of the EU. Levels of research excellence and innovation rates are generally lower in the newer Member States.

According to the scientists involved, improved management and governance policies are essential parts of the puzzle that are needed to achieve real results.

‘Let’s be honest, there are problems. If everything was great we wouldn’t be here,’ said Dr Mary Anne O’Connell, who is originally from Ireland but now working at Masaryk University. She deftly laid out the main issues faced by countries in Central and Eastern Europe, talking about a need for increased openness, outlining the challenges faced by international researchers when attempting to integrate into research institutions, and calling for less nepotism on research and funding boards.

‘The funding system needs to be far fairer, open and transparent,’ she said. ‘There are fantastic scientists within your countries, but if they have not got the right connections, they will not be funded.’

Dr O’Connell urged institutions in the region to put international advisors on their boards to ensure transparency and fairness when allocating funds. The high costs charged by distributors in Central and Eastern Europe for substances such as reagents, which are used in chemical reactions, can also pose a problem for researchers, she said.

Her concerns were echoed by Professor Silvia Pastoreková, director of the Biomedical Research Center of the Slovak Academy of Sciences which is a partner in Alliance4Life, who said: ‘These are the most painful challenges that we have.’

She highlighted the importance of raising the reputation profiles of research institutions in Central and Eastern Europe to attract more highly specialised staff. ‘A key for success is to select the best researchers and teams, and to develop a culture of excitement and enthusiasm,’ she said.

Prof. Toivo Maimets, a former minister for education and research of Estonia, said that the danger of the current situation is that excellent scientists can get overlooked. ‘There’s a huge resource of talent that is left unused. We need to use this talent more efficiently for the good of Europe.’

As part of its work to tackle these issues, Alliance4Life will draw up a list of indicators which can be used to benchmark members against advance research institutions in other countries, and set up an international school of institutional management in research to provide essential training to middle and top-level research institution managers.

The idea is that alliance members will act as a role model for institutions in lower-performing regions, build a vibrant community of research institutions and to collaborate closely with research networks already established in high-performing countries.

As an example of the potential of such networks, Prof. Lucyna Wozniak from the Medical University of Łódź, Poland, spoke about her university’s involvement in EIT Health, a partnership of more than 150 organisations which is part of the European Institute of Innovation & Technology (EIT) and aims to accelerate entrepreneurship and innovation for healthy living and active ageing in Europe. As part of the initiative, EIT Health provided advice for an urban revitalisation programme in Łódź, which enabled the design of public spaces to promote health and prevent disease with input from the local population.

At the end of its two-year run, Alliance4Life will bring its recommendations to the Commission outlining how to close the research gap between EU countries. Kurt Vandenberghe from the EU’s Directorate-General for Research and Innovation said that the results could help shape the EU’s next funding programme, which will kick off in 2021.

‘This is something that matters for all of us in Europe,’ he said. ‘Alliance4Life will inform our policies and programmes for the future.’