Determination of telomere lengths by TRF (terminal restriction fragments) is based on Southern hybridisation of genomic DNA cleaved with one or multiple frequently cutting restriction enzymes which do not have target sites in telomere DNA using telomere specific probe. The technique has been established here since 1995.

This technology can be used for:

Cancer Diagnostics – we and others have demonstrated the use of telomere and telomerase analysis in human tumour diagnostics and prognosis of therapy. E.g., telomerase-negative tumours which use telomerase-independent Alternative Telomere Lengthening do not respond to the therapy with anti-telomerase antibodies or other telomerase-targeted appraches 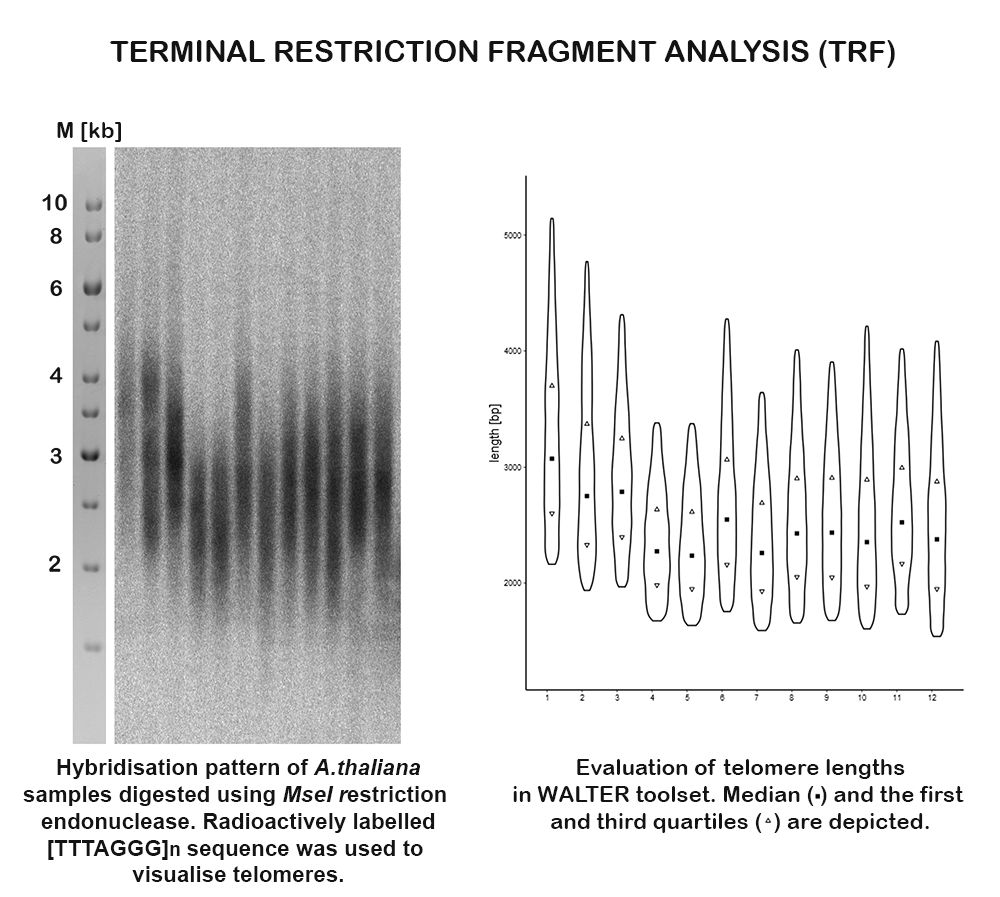