Brno-based neuroscientist, Professor Irena Rektorova, and her colleagues Ľubomira Novakova and Martin Gajdos from CEITEC Masaryk University, discovered that cognitive speed can be enhanced through the manipulation of activity of the major cognitive network with the help of transcranial magnetic stimulation. Their findings, which were recently published in the open assess journal, Brain Stimulation, support the treatment potential of repetitive transcranial magnetic stimulation and might be useful in the treatment of cognitive decline that occurs in Alzheimer’s disease patients. 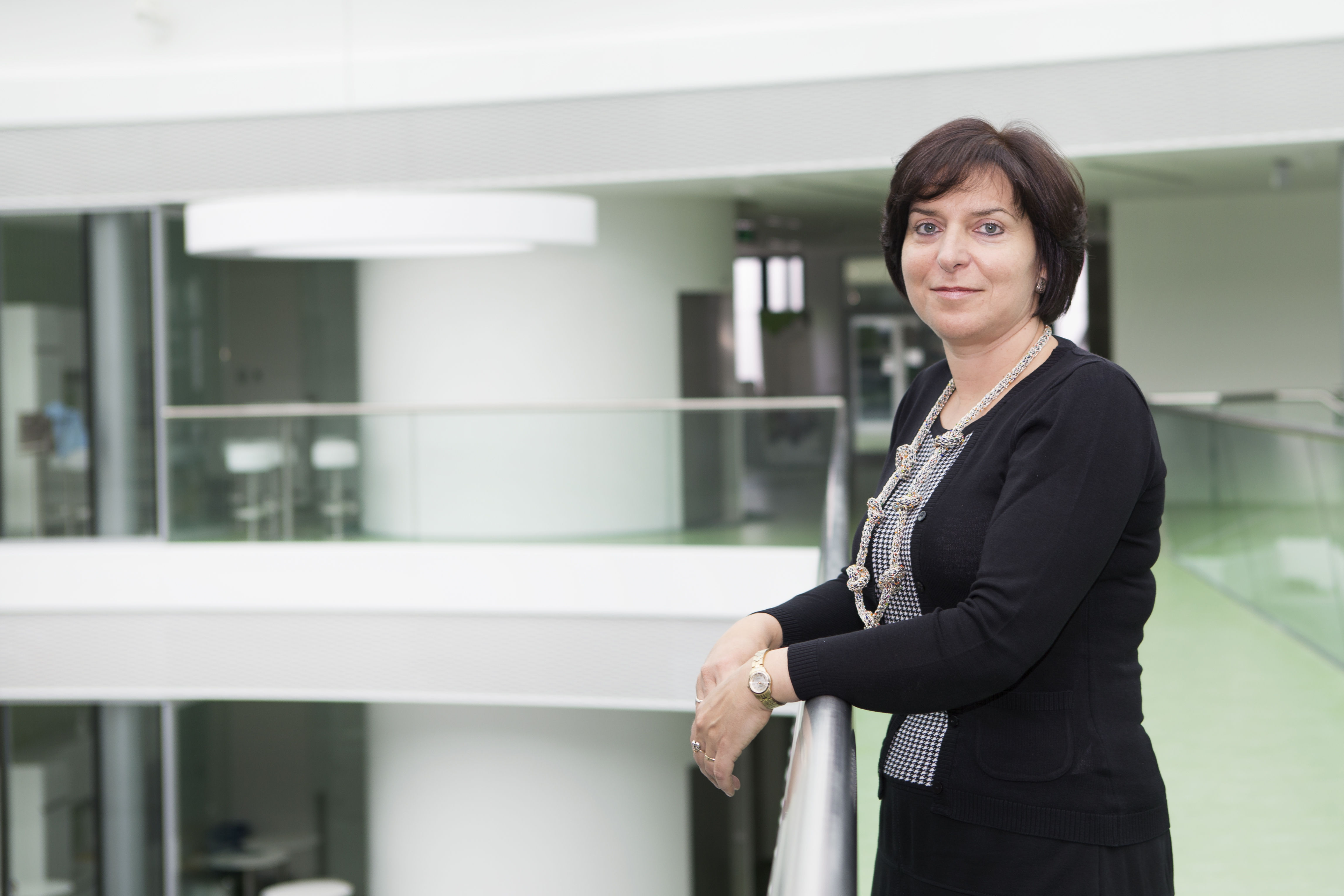 Large-scale brain networks involve widespread functionally connected brain regions. Their engagement seems to be crucial for successful cognitive functioning. Professor Irena Rektorova from CEITEC Masaryk University and her research team recently discovered that cognitive speed can be enhanced through the manipulation of activity of the major cognitive network. The researchers applied specific protocol of repetitive transcranial magnetic stimulation (rTMS) and their results showed immediate effects after just one very focal, ultra-short stimulation session. The stimulation targeted the distinct posterior cortical region and was detectable in the deep grey matter structures that belong to the central brain hubs engaged in internally-guided tasks, such as mind-wandering or memory recollection. Activity in these regions is normally switched off during goal-directed behaviour. The repetitive transcranial magnetic stimulation (rTMS) protocol applied by the neuroscientists enhanced this physiological act and led to increased cognitive speed in young adults.

Transcranial magnetic stimulation (TMS) is a non-invasive procedure that uses magnetic fields to stimulate nerve cells in the brain, by inducing currents in the brain that excite neurons below the coil. This 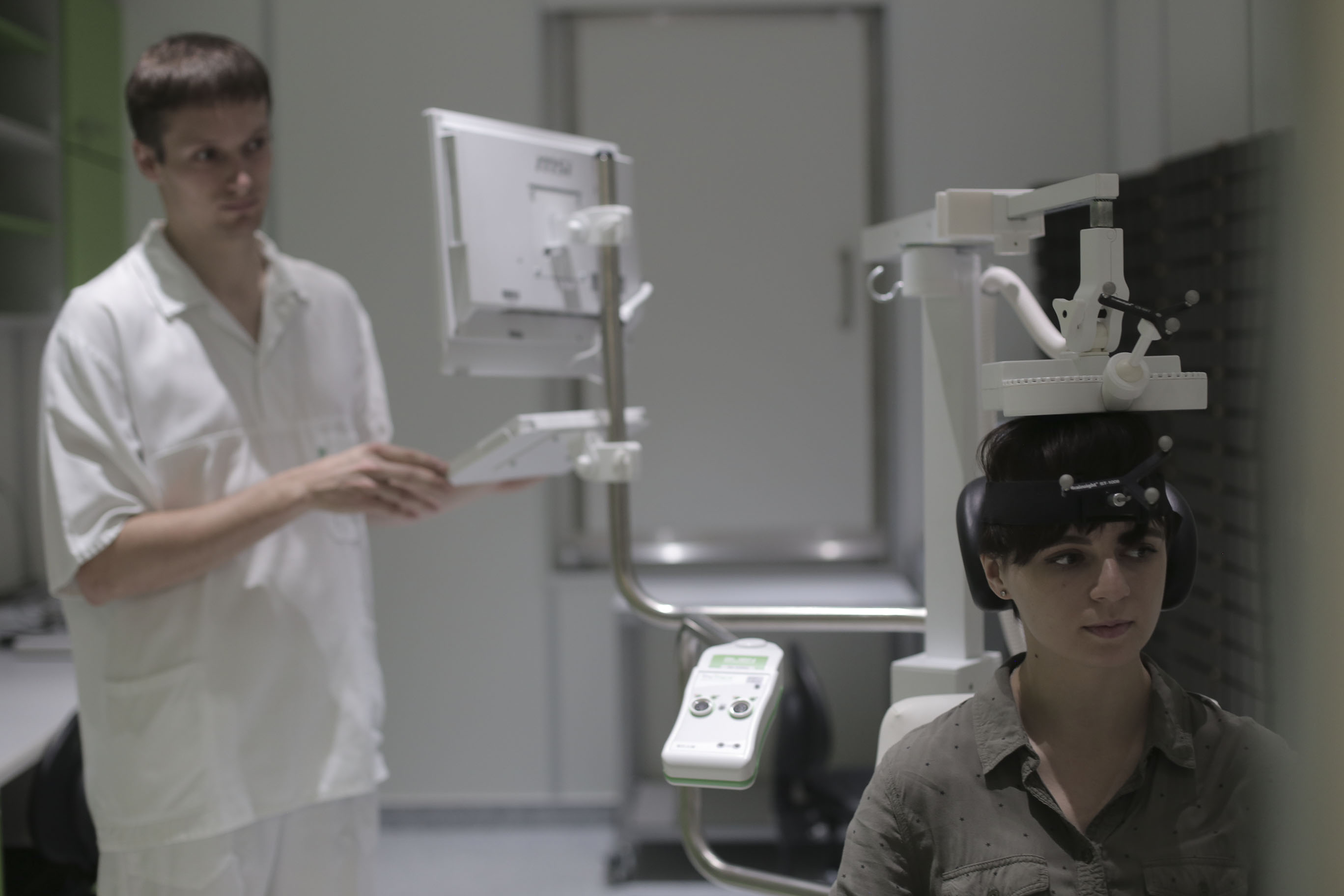 technique is used to improve symptoms of depression, typically in cases when other depression treatments haven't been effective. An electric pulse generator, or stimulator, is connected to a magnetic coil. The researchers place the coil against the forehead near the area of the brain that regulates mood. During rTMS, patients sit or recline while a magnetic coil is held over the scalp. The stimulator generates a changing electric current within the coil, which induces a magnetic field; this field then causes a second inductance of electric charge within the brain. Since this technique involves repetitive pulses of magnetic stimulation, it is also called repetitive transcaranial magnetic stimulation, or rTMS. In this study, the researchers applied just 600 pulses over 190 seconds of repetitive transcranial magnetic stimulation through the magnetic coil placed over the distinct parietal area involved in visual attention control, and their experiment showed immediate results.

“Our research results are of major importance, since they reveal neural underpinnings of the specific stimulation protocol that we identified and support the treatment potential of the rTMS procedure. Brain hubs that were manipulated by our stimulation are distant from the stimulated region and are known to be very metabolically active. These are in the same areas where beta amyloid deposits in the brain, early in the course of Alzheimer’s disease, up to 20 years before any cognitive symptoms occur,” explained Irena Rektorova, corresponding author of the study. Therefore, it is plausible to speculate that the modulation of these brain hub nodes’ activities through multiple rTMS sessions might be useful in the treatment of cognitive decline that occurs in patients due to Alzheimer’s disease. This could also slow down the dementia conversion in patients with cognitive complaints. Future research in this direction is warranted.

The Path to Discovery

To reach to this conclusion, the research team combined a non-invasive brain stimulation technique, rTMS, with functional magnetic resonance imaging (fMRI). The researchers navigated the coil over specific brain regions using a frameless stereotactic coil navigation, with the aim to optimise and individualise the stimulation in each experiment participant. An fMRI was performed prior to, and immediately after each stimulation session, and the order of individual rTMS sessions with various stimulation protocols and targeted cortical sites was randomised. The research team was lucky to have the rTMS, frameless stereotaxy and MRI technology as part of the equipment of the MAFIL Core Facility at CEITEC MU. This discovery was also possible, thanks to the involvement of 20 healthy young subjects who participated in this neuroscientific research study.

The neuroscientists from CEITEC MU are continuously looking for individuals who would like to participate in their neuroscience research. Research participants have a unique chance to learn something about themselves and their brains with the use of the most modern, pain-free technologies, such as magnetic resonance imaging technology. More information about the research volunteers and the MAFIL Core Facility, can be found HERE. Interested volunteers can register HERE (in Czech only). To read the full article click HERE.