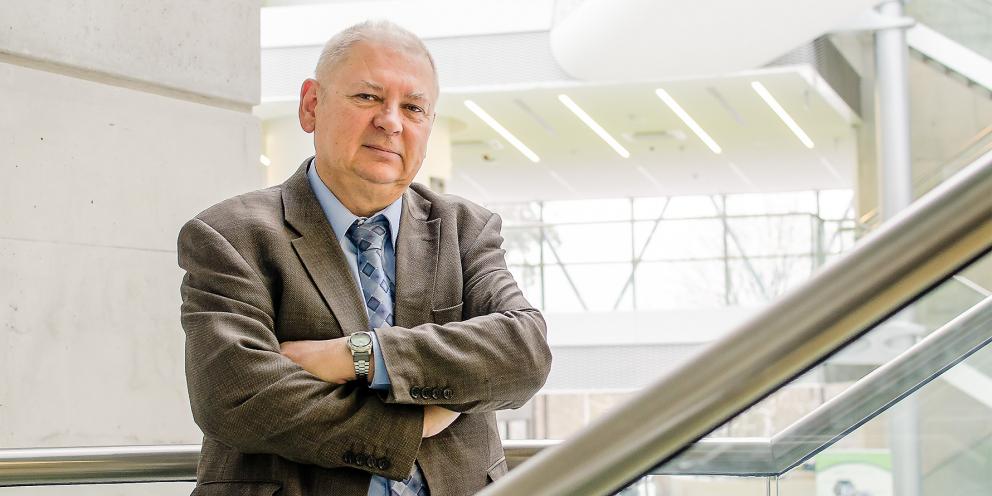 Researchers at CEITEC MU have defined a new goal for those looking for new ways to fight tuberculosis. Their research makes it possible to attempt to identify substances that weaken the tough cell wall of the bacteria that causes tuberculosis, thus reducing the doses of drugs needed to fight the disease.

Jaroslav Koča, the leader of the research group that participated in the research, explains: “The thick cell wall of Mycobacterium tuberculosis makes it highly resistant to various drugs. In other words, if we were able to weaken this barrier, it would be easier to eliminate the cause of the disease.”

Although it has taken several years, he and his colleagues have been able to adapt the computational algorithms and describe the mechanism of the relevant reaction using precise information about the spatial arrangement of a single enzyme. This enzyme belongs to the group of glycosyltransferases and is part of the make-up of the bacteria cell wall.

“Both the enzyme and its function within the cell have been known for a long time, allowing researchers to identify substances that can restrain or completely inhibit its activity. However, our calculations make it possible to target the mechanism at its weakest point and significantly reduce the doses of the drugs required,” explains Koča.

In principle, every chemical reaction has a specific reaction coordinate, or energy curve, which means that there is a minimum energy barrier that needs to be overcome for the reaction to take place. At maximum energy, the substances participating in the reaction have a specific configuration called the transition state. And this is what the CEITEC MU researchers discovered and published in Chemistry – A European Journal.

“Once you know the transition state of a reaction, you can reduce the required dosage of the drugs by several orders of magnitude when compared to the dose that would have been required at the start of the reaction. There are already drugs based on the transition state but, to date, they are few and far between. This is because the transition state only exists for nanoseconds, which makes it almost impossible to capture using imaging methods. It needs to be found computationally, but then again, it requires a lot of computational power,” explains Koča.

The reason the researchers focused on Mycobacterium tuberculosis and the specific enzyme is that they have been the subject of study by another Ceitec MU research group led by Michaela Wimmerová. Her group uses structural biology methods to describe the spatial arrangement of molecules so they can provide the computational chemists with spatial data and produce control data in their experiments to verify the calculations.

In the future, the researchers would like to use computational technology and the same class of enzymes to focus on a different area: stem cells. In order to be used in different types of treatment, it is necessary to direct stem cells to the right place in the body. As the cells recognise each other through the sugars on their surface, suppressing some of them could help direct stem cells to the place where their effect is required.