Albert Cairó, Karel Riha and their colleagues have discovered a previously unknown mechanism that is responsible for reprogramming gene expression during the transition when one cell differentiates into another one. The mechanism occurs at the end of meiosis, a specialised cell division essential for sexual reproduction, and enables the differentiation of germ cells and pollen. This mechanism involves the dynamic localisation of key regulatory components into intracellular condensates that resemble liquid droplets. This process is closely linked to seed production and could open new possibilities for developing more sustainable crops adapted to harsher environmental conditions. The research results were published on 5 August 2022 in Science - one of the world's top academic journals. 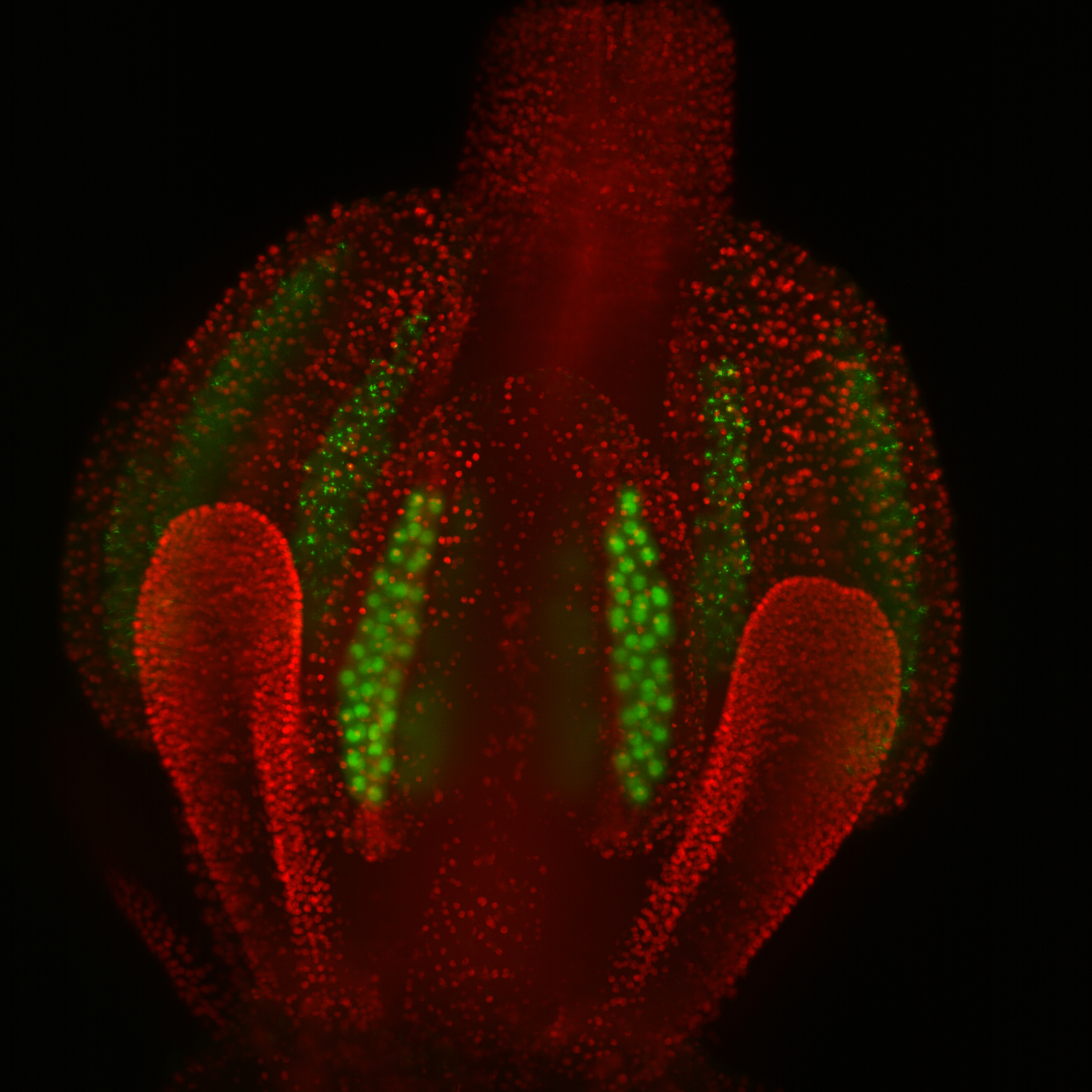 The cells are not static entities but transform from one type into another. Activation of a particular set of genes dictates how cells specialise in performing specific tasks and determines when they divide or when they differentiate. Cellular biologists, such as Albert Cairó and Karel Riha, combine various advanced scientific methods to study those very complex processes in the plant´s microworld. Cellular biology is currently experiencing a real revolution, and the classic view of cell organisation is being expanded to new horizons.

“Now we know that the cell not only contains traditional organelles delineated by a membrane but many molecular processes are confined inside less defined membrane-less organelles, also called biomolecular condensates (biocondensates). During the last ten years, the importance of these biocondensates has started being recognised. We now contribute to this field by showing how a specific type of biocondensate forms at the end of meiosis and inhibits protein synthesis,” explains Albert Cairó, the first author of this research. “This, on the one hand, terminates the meiotic processes, but on the other hand, it marks the beginning of a genetically different generation of cells,” adds Cairó. But this is not all. The research team believes that analogous mechanisms also act in other organisms and cellular settings, including cell differentiation or stress responses.

The discovery of Karel Riha lab members could have an enormous societal impact. “We live in a state of climate emergency. Even though plants can fight against a huge variety of stresses, including high temperatures and drought, their development and reproduction can be severely impaired. This means that we are at risk of a dramatic reduction in crop yield, just when the yield has to be increased to satisfy human needs. And that’s why plant research should now be one of the priorities,” explains the corresponding author and research group leader Karel Riha.

The lab´s primary mission is to shed light on fundamental biological processes closely linked to plant reproduction and seed formation, which in many crops translates into yield. “The research findings show that biomolecular condensates play an important role in plant fertility, and their behaviour is likely linked to environmental stress. It is therefore obvious that our discovery is the first step into developing new solutions resulting in sustained crop production under harsher conditions,” explains Albert Cairó. The technical approaches the team had to perform are genuinely admirable, and the publication of this research in Science is reassuring that Riha’s lab is going in the right direction.

The path to the discovery

Studying meiosis in the model plant Arabidopsis thaliana is particularly challenging. The research team focused on extraordinary and rare cells hidden in 0.1-0.4 mm small floral buds. Moreover, the meiotic division stages that are the study's focus occur fast – the whole process takes five to six hours. Therefore, they are not easy to capture. The research team must use state-of-the-art technologies and a significant portion of creativity and imagination to investigate this process.

Riha´s team had to establish conditions for live imaging of meiotic division inside the anther (the part of the stamen that contains pollen). The team used advanced microscopy and became one of the two labs in the world that were able to observe plant meiosis live. Another piece of essential expertise the team acquired was the mastery of protoplast technology. Protoplasts are isolated plant cells that have been deprived of their surrounding cell wall, which makes them easy to genetically manipulate and visualize under the microscope. This technology allowed the team to elucidate some problems more quickly and efficiently than using meiotic cells.

Anna Vargova contributed significantly to understanding the newly described complex mechanism. Pavlina Mikulkova provided expertise and lent her magic hand during live cell imaging of meiosis using the Lightsheet microscope. The research team was supported by the CEITEC core facility CELLIM and by the Plant Sciences Core Facility. The research took more than eight years and was financed by the Czech Ministry of Education Youth and Sports grant project REMAP. “It would be extremely difficult to develop such a complex project without the long-term funding we had. In fact, at one point, it felt like our limit was just our imagination, and I believe that this was crucial for our far-reaching discovery,” says Albert Cairó.

Interestingly, this project did not involve any external collaboration, which is unusual for international research institutes such as CEITEC. In this case, the research team was entering an entirely new direction and the research was concluded exclusively by the members of Karel Riha’s research group. 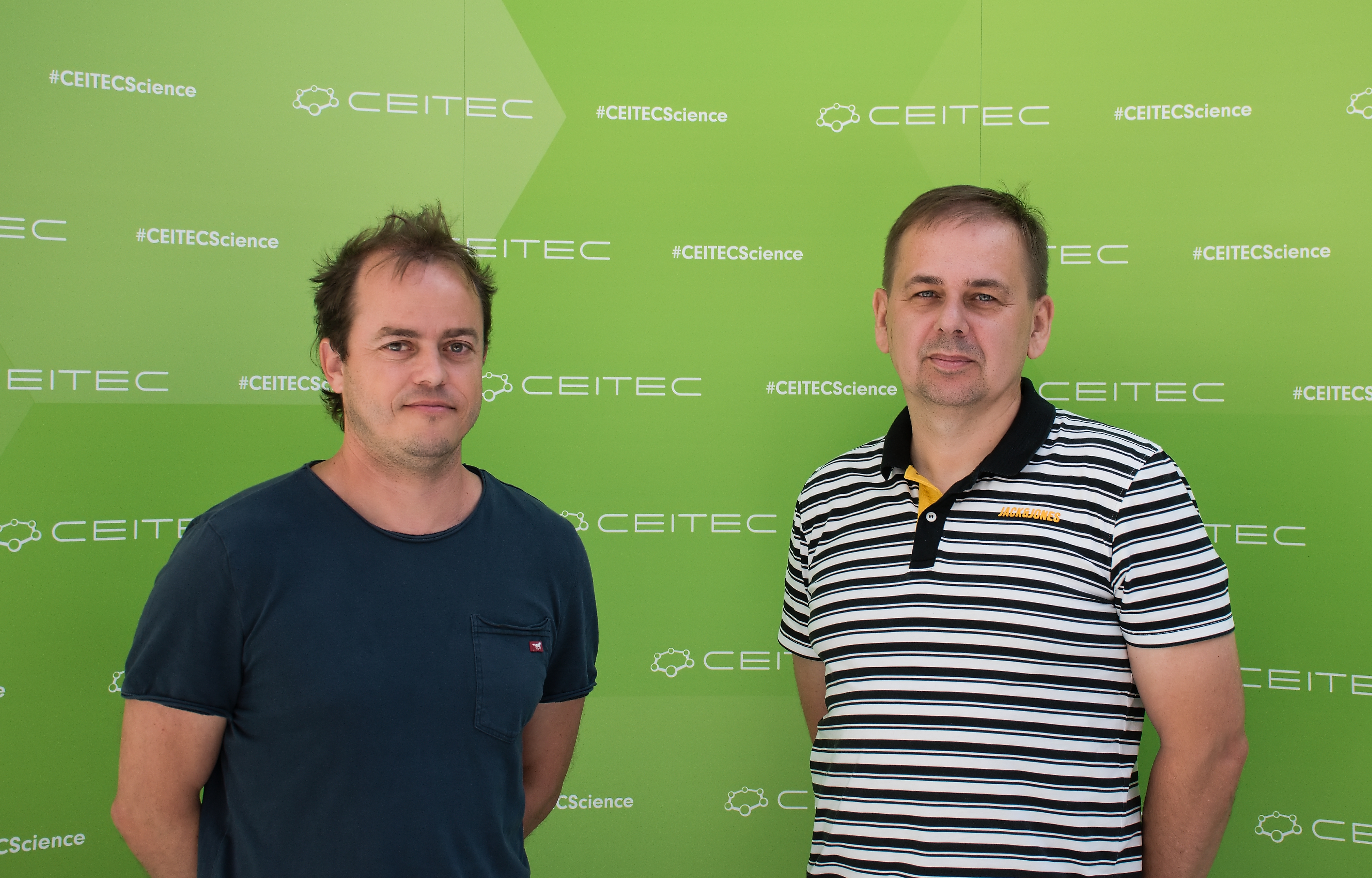