The Danubius Young Scientist Award highlights the scientific work and talent of young researchers. Oleksii Laguta from CEITEC BUT received it as the only representative from the Czech Republic this year. He was awarded for his involvement in the development of a special type of electron paramagnetic resonance. 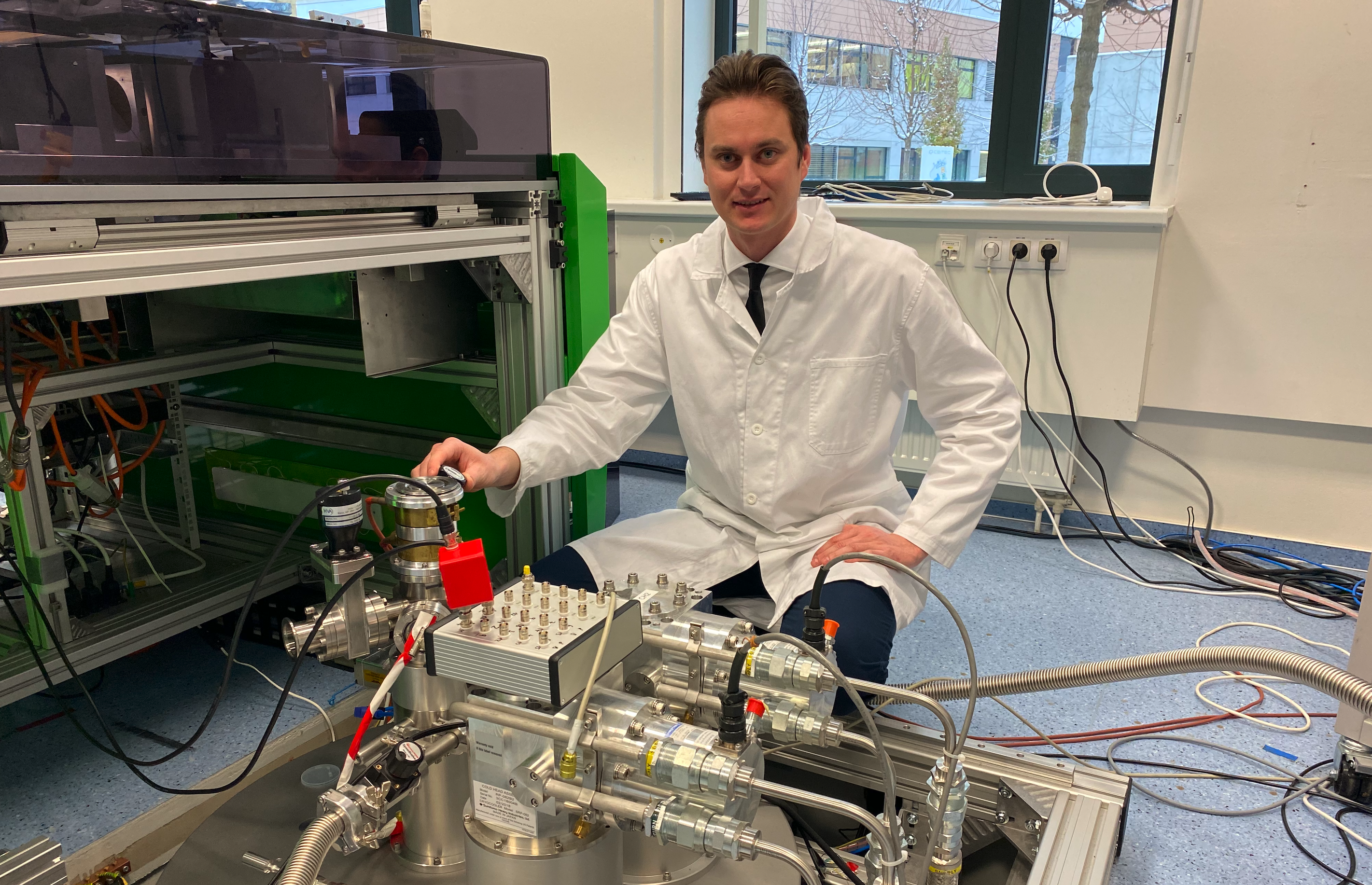 The award has been given since 2011 by the Austrian Ministry of Education, Science and Research (MBMFW) in cooperation with the Institute for the Danube Region and Central Europe (IDM), to support 14 talents from 14 countries in the field. The purpose is not only to highlight the work and talent of young researchers, but also to raise the profile of their scientific community in the Danube region.

The newly awarded Ukrainian scientist Oleksii has been working for almost two years in the research group of Magneto-optical and THz Spectroscopy. Led by the holder of the ERC grant and the head of the research group Petr Neugebauer, the team manages to return the topic of research and development of electron paramagnetic resonance to Brno. They follow a deep history dating back to the 1960s, when Josef Dadok built the first NMR spectrometer in Czechoslovakia.

Oleksii's research at CEITEC BUT is the continuation of the topic he dealt with during his post-doctoral fellowship at the University of Stuttgart. Back in 2018, he had demonstrated the applicability of the method of fast frequency sweeps in the EPR spectroscopy in 200 gigahertz range. In Brno, he is working on the implementation of this technique into the spectrometer, which the research team constructed and presented last year. Currently he has also received support under the prestigious MSCA IMPROVE to study the electron spin dynamics at terahertz frequencies using the above mentioned technique.

The fact that the research group is succeeding not only in the field of research, but also in the development of the international community is evidenced by the organization of last year's EFEPR Summer School. The event brought together over 140 participants from around the world.

"Basic research on magnetic resonance spectroscopy is very strong at the CEITEC BUT institute, and obtaining the prestigious ERC and MSCA IMPROVE grants by Petr Neugebauer and Oleksii Laguta proves our competitiveness in this area. This is also confirmed by our other ongoing scientific project PETER within the European program FET OPEN, whose international coordinator is Tomáš Šikola. Our scientific strength lies not only in the diversity of magnetic resonance topics we study, but also in the excellent cooperation between various research groups not only within CEITEC but also abroad. ”, adds Radimír Vrba, CEITEC BUT Director.

Electron paramagnetic resonance has led to many scientific breakthroughs in a wide range of scientific fields over the past two decades, such as in…

After several years spent in research institutions abroad, Petr Neugebauer, graduate of Physical Engineering at BUT, returned to Brno. His refuge…