Home About Us Events PI Seminar: The Fascinating World of Nucleic Acids: From the Origin of Life to Modern Biochemistry
Lecture Seminar Series

PI Seminar: The Fascinating World of Nucleic Acids: From the Origin of Life to Modern Biochemistry

This is part of the Principal Investigator Seminar Series.

Nucleic acids (NAs) are perhaps the most significant biopolymers on this planet. They have played a decisive role in the spontaneous creation of life on the Earth four billion years ago. Since that, they continue in storing the genetic information in all forms of life and play key roles in the cellular regulatory processes.

I will briefly overview selected topics from our nucleic acids research. How do DNA guanine quadruplexes with only ~20-30 residues achieve folding times from minutes to months, what are the basic principles of their folding landscapes and what consequences could this have for their biochemical roles? Why is their folding fundamentally different from folding of small proteins? What is the role of dynamical recognition and rarely populated states in protein-NA complexes? How can they separate reactivity and selectivity from affinity?

At the end, I will briefly introduce our efforts to understand how the first molecules capable of Darwinian evolution could have been created from “nothing” on our planet or anywhere else in the Universe. The formamide pathway to the origin of life is a newly emerging "Universe-wide" chemical concept concurrent to the traditional “water-based” HCN scenario and can straightforwardly lead to biological molecules while avoiding the so-called "water paradox”. Specific attention will be paid to spontaneous formation of the first RNA chains from cyclic nucleotides in a template-free scenario. The talk will present a mixture of computational and experimental investigations.

Institute of Biophysics of the Czech Academy of Sciences, Královopolská 135, 612 65 Brno, Czech Republic

Jiří Šponer, Institute of Biophysics of the Czech Academy of Sciences 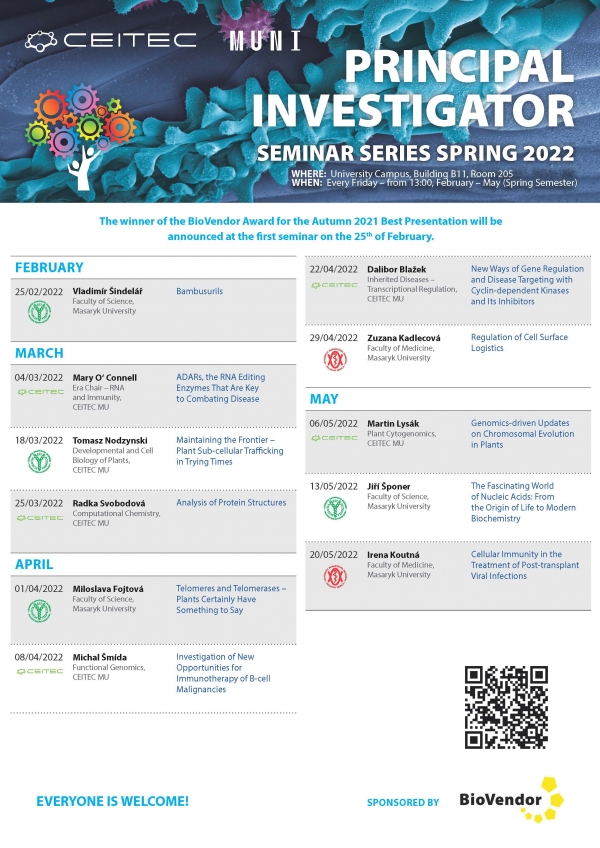