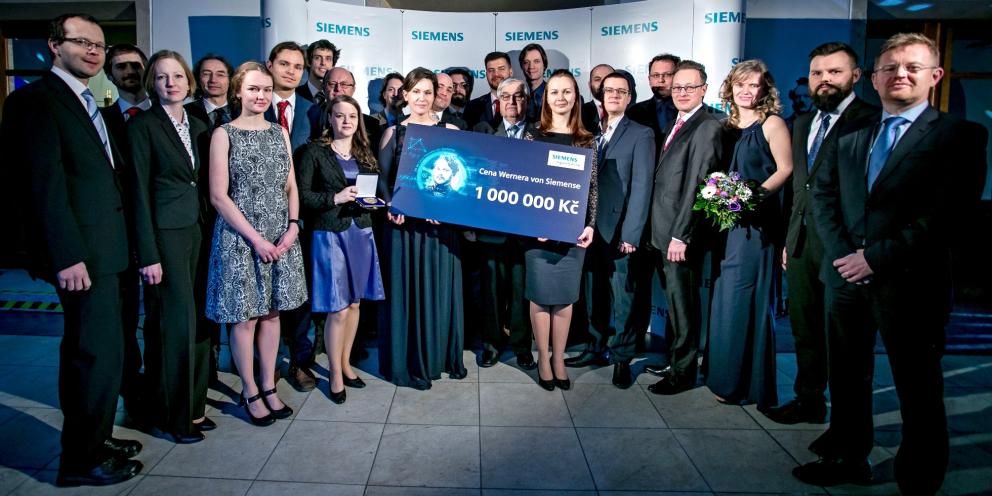 Prestigious award of Werner von Siemens for the first and the second best diploma thesis, awarded by Siemens company, goes to CEITEC this year.  Martin Gajarský from Lukáš Trantirek research group receives the first prize for his diploma thesis called Structure of a short telomeric  overhang from S. cerevisiae. Its importance is in a development of a new structural motive of DNA and introduction of new principles of DNA sequence folding. The second place was awarded to Eva Vojackova from Marek Mraz research group at CEITEC. She focused in her diploma thesis on the impact of microenvironmental interactions on chronic lymphocytic leukaemia, which is the most frequent leukemia in the western world (this malignancy develops from B-lymphocytes).

Also, an award for breaking the hurdles during the study goes partially to CEITEC. It was awarded to Tereza Pařilová, who is involved in Ivan Rektor´s group in study of effect of a professional study of music on cognitive functions of the brain.