Researchers from Laboratory of Computed Tomography from CEITEC BUT have been working with the Swedish group of developmental biologists since 2012 to explain the facial formation mechanism in vertebrates. We have already informed about this successful cooperation earlier. Now they have come up with another interesting discovery by describing the signaling pathways that are directly responsible for building various anatomical structures in the facial area. 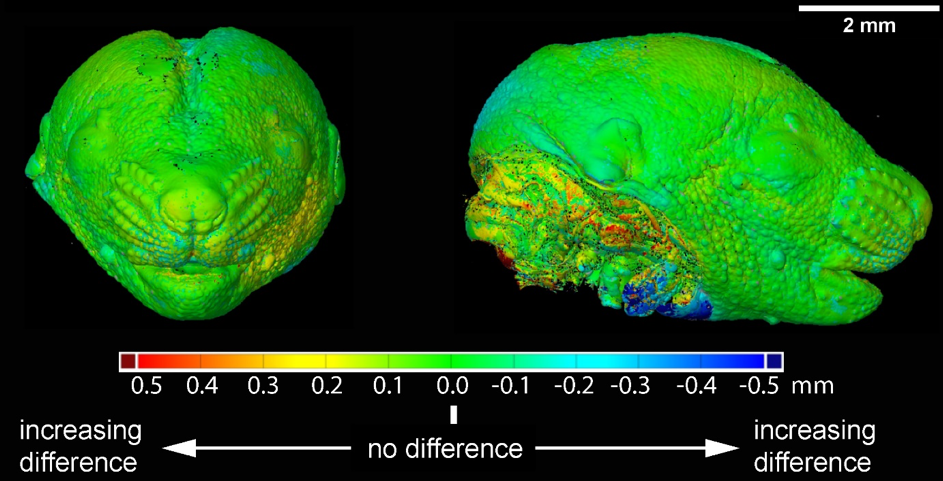 The entire team collaborated on a series of genetic experiments on mouse embryos, where mutations of different genes and different stages of development were observed. A team of scientists from the tomography laboratory of CEITEC BUT was responsible for 3D visualization and evaluation of digitized 3D models. They could accurately calculate which parts of the cartilage are most affected and how they differ from one another. Thanks to the X-ray computer tomography technique, other soft tissues such as cerebral cortex or olfactory epithelium have been shown. It is these two structures that have proved to be key in creating the signals that make up the future face.

The research was published in the eLife magazine (IF 8.5), which is the second article in two years in this prestigious magazine. "Having a strong multidisciplinary team is a key condition if a scientist is to succeed on the international stage. Significant research is virtually impossible today without the strong technical background that we offer to biologists," professor Jozef Kaiser, research group leader, added.