ProfileAbout UsNewsUlrike Diebold Was Awarded an Honorary Doctorate. Thanks to her Intensive Cooperation with CEITEC
About Us

Ulrike Diebold Was Awarded an Honorary Doctorate. Thanks to her Intensive Cooperation with CEITEC

Professor Ulrike Diebold works at the Institute of Applied Physics at the Technical University of Vienna. It was proposed by the CEITEC Brno University of Technology for an honorary doctorate with whose experts it has been working for a long time. 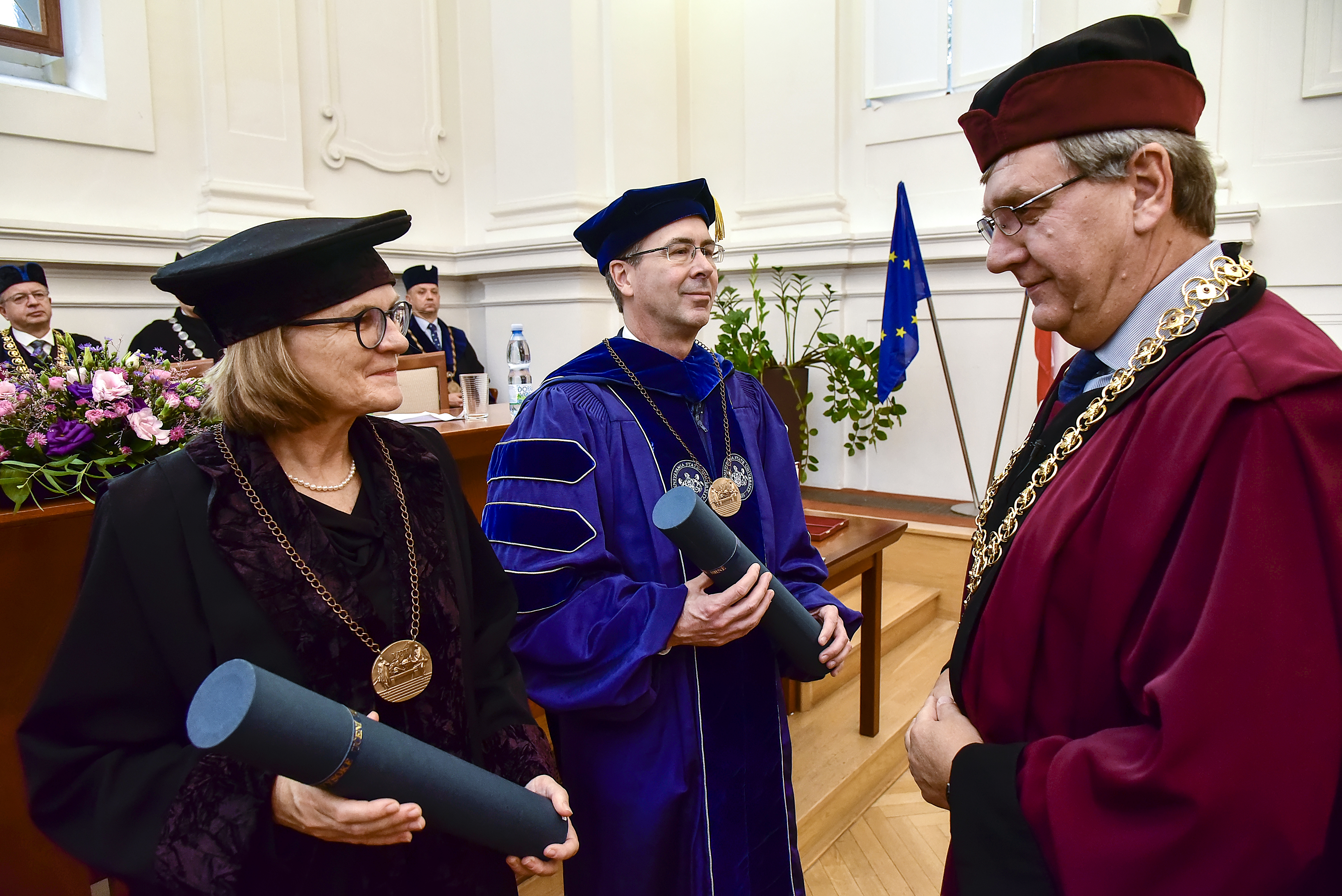 Ulrike Diebold has become an outstanding, world-renowned scientist in the interdisciplinary research on Surface Science, covering physical chemistry, condensed matter physics, materials science, and nanoscience. She is Professor of Surface Science at TU Wien and also the member of the Department of Physics at the Tulane University in New Orleans. In 2013 she received The Wittgenstein-Preis, that is the highest Austrian science award. Prof. Diebold has given more than 130 invited talks at scientific conferences and plethora talks at seminars and colloquia around the world. She has published over 200 peer-reviewed papers and book chapters with more than 19,000 citations.

She has got many honors and awards world-wide and become a member of numerous exclusive international scientific boards and panels (including an ERC panel), editorial boards (Nature, Phys. Rev. Letters, Surface Science Reports, etc.) and conference scientific committees.

Importantly, this adaptation was in a direct interest to Brno University of Technology, as it has led to a mutually fruitful cooperation. Since her coming to TU Wien, more than 20 BUT Master’s students, have spent long-term internships there within the ERASMUS mobility grants, working on interesting pre-diploma projects. She works on several CEITEC development strategy issues and research challenges.

„It is simply amazing to see what has been accomplished in the past decade, how CEITEC has risen from an idea to the booming science and technology center it is today (...). I see a lot of force in CEITEC, and a lot of potential to rise high. It has the right blend of excellent fundamental science, with an eye towards future technological developments, the tight interaction between cutting-edge research and the teaching and educating efforts to make CEITEC forward looking and successful also in the long-term,“ said Ulrike Diebold during the ceremony and didn’t forgot to thank all of her colleagues in Brno.

„Ulrike Diebold is a world-class scientist who has demonstrated leadership and managerial excellence in the field of Surface Science. The award of honorary degree of Doctor Honoris Causa will be in her case an important acknowledgement to both her professional career and long-term cooperation conducted with our university, “ concludes Radimír Vrba, director of CEITEC BUT.

Sebastian Díaz de La Torre Was Awarded the Honorary Doctorate. Thanks to Cooperation with CEITEC BUT

Sebastián Díaz de la Torre graduated in Chemical and Metallurgical Engineering in Mexico, then received a doctorate from the Faculty of Mechanical…

Mentoring from experienced scientists from Austria, Germany and Israel, triplication of publication output, exchange programs or workshops for public…