Research dealing with the improvement of the properties of fine-grained advanced ceramics using cold plasma was rated as excellent by the Grant Agency of the Czech Republic. Group of experts from CEITEC BUT and the Faculty of Science of Masaryk University participated under the leadership of professor Karel Maca. The basic three-year research has discovered completely new contexts and researchers would therefore like to build on the success with follow-up projects. 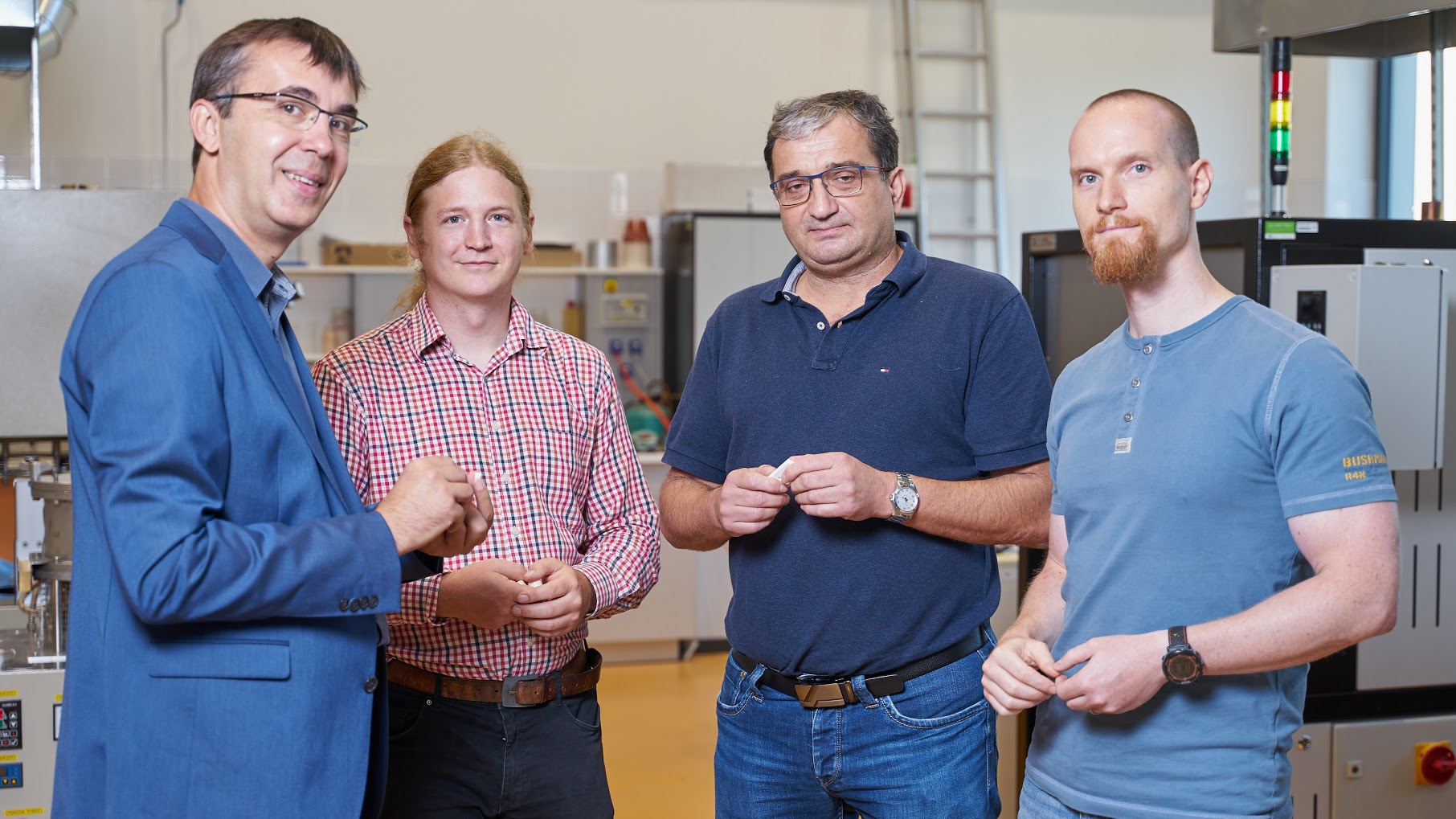 The three-year project under the auspices of the Grant Agency of the Czech Republic named Physical surface activation of ceramic particles as a tool for improving the properties of fine-grained advanced ceramics was solved between years 2017-2019. The team of the Applied Plasmochemistry from Masaryk University first had to solve the issue of how to put the fine powders, which are necessary for the advanced ceramics production, into the proper contact with plasma. "Subsequently, we were solving how to characterize the changes that occur on the particles. We didn't know what the plasma would do with the fine powders. And standard techniques such as infrared spectroscopy have proven unsuitable in this case. However, thermoluminescence and thermal desorption spectroscopy proved to be very useful,“ described associate professor Jozef Ráheľ from Masaryk University

Experts from CEITEC BUT subsequently used the modified particles in combination with classical and modern ceramic technologies and investigated the possible benefits of this as yet untested procedure. Part of the research, led by Dr. Daniel Drdlík, was devoted to experiments with electrophoretic deposition of ceramic particles. "It turned out that thanks to the surface treatment of the particles, we can eliminate some of the necessary components in the suspensions used, which may be inherently unsuitable for the environment. We have also found that electrophoresis can serve as a diagnostic tool for examining the extent to which particles are affected. Thanks to this, we were able to determine how many particles were processed by the plasma," specified Daniel Drdlík, stating that this finding may lead back to a modification of the design of the plasma technology.

Another group of researchers and students, led by Dr. Václav Pouchlý, tested how ceramics would behave during high-temperature firing. "We found that when we treat the surface of the particles, the material behaves differently when fired. In particular, when fired at normal temperature, it achieved better properties. In other words, in order to achieve the standard properties of ceramics, it was enough for us to burn them at lower temperatures, which is of course economically and energetically beneficial,“ Václav Pouchlý explained.

According to professor Maca the most important thing that the whole project showed is the fact that even a small change in surface properties can bring a macroscopic effect. "We are now working with this knowledge further," concluded Maca. The researchers have therefore already applied for a follow-up project and hope to be able to develop their knowledge even further.

Joint replacements or bulletproof glass can be made by scientists from the CEITEC Brno University of Technology. In several laboratories, they are…