On 5 March 2020, the team led by Pavel Plevka from CEITEC Masaryk University received the Werner von Siemens Award for the most important scientific result of basic research. The team described the structure of the tick-borne encephalitis virus and its interaction with the neutralizing antibody. The award came with 300 000 Czech crowns for their discovery, which was previously published in Nature Communications. Information about the award can be found on the SIEMENS.CZ website (in Czech language only). 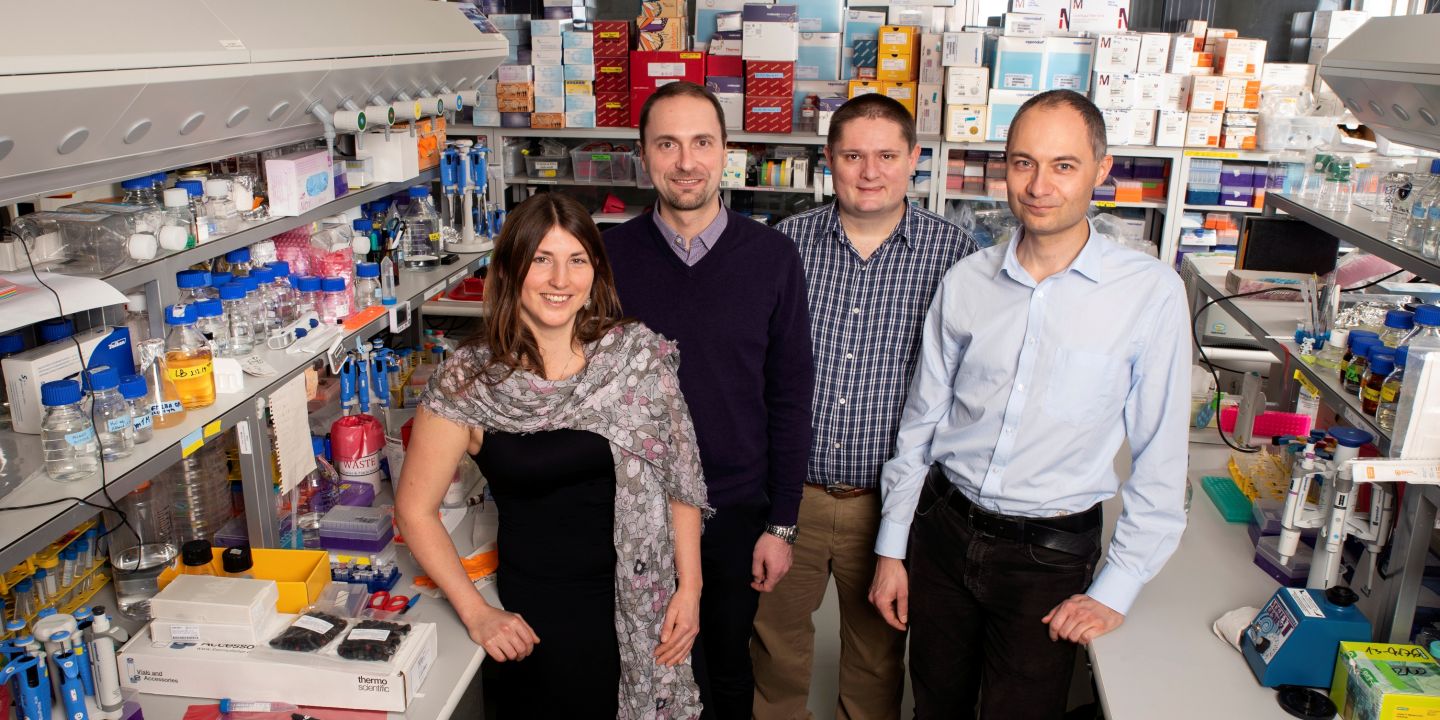 The tick-borne encephalitis virus causes 13,000 cases of human meningitis and encephalitis annually. The Czech Republic is one of the countries with the highest incidence of this disease. Despite the availability of a vaccine, this virus still makes numerous patients ill, especially in Central and Eastern Europe, as well as in Asia. In the Czech Republic, this virus is regarded as the most common cause of nervous system infections. The mortality of tick-borne encephalitis is rather low, but more than 50 percent of child patients develop a deficiency in cognitive abilities and memory problems.

The structure of the virion of tick-borne encephalitis virus and the mechanism of its interactions with antibodies were previously unknown. A group of scientists from CEITEC MU, the Veterinary Research Institute, and Biology Center of Czech Academy of Sciences started their investigation a few years ago. They were supported by a grant from the Grant Agency of the Czech Republic. “We decided to investigate the tick-borne encephalitis virus from the family Flaviviridae because its structure was unknown. We were keen to study this disease, in particular, because it negatively impacts the health of our citizens, and the treatment that is currently available is only symptomatic,” commented Pavel Plevka, corresponding author of the study.

The greatest obstacle in studying the structure of this virus was the preparation of a sufficient sample amount and quality needed for cryo-electron microscopy. “The particles of the tick-borne encephalitis virus are unstable. This is because in nature they are never exposed to an environment outside of the host organism. Therefore, after purification, they quickly lose symmetry and no longer resemble each other, which makes the calculation of their three-dimensional structure difficult,” explained Plevka.

Tibor Fuzik, the first author of this study, believes that this was the reason why the structure of the virus was previously unknown. “The virus has a regular shape, but it is impossible to crystalize, which makes it unsuitable for research using other methods than cryo-electron microscopy. This method has been recently developed to enable us to study the structures of viruses and cells down to the molecular or atomic level,” added Tibor Fuzik.

It took the team one and a half years to find a suitable tissue culture derived from human nerve cells, which enabled the effective reproduction of the virus. The virus sample was prepared for cryo-electron microscopy by freezing it within 24 hours of purifying it from the infected cells. This process was executed by our colleagues, Petra Formanova and Daniel Ruzek. “It is not easy to prepagate the virus in tissue culture cells. Furthermore, the quality of the prep can be only determined by electron microscopy,” described Tibor Fuzik.

The scientists were able to describe the structure of the virus, as well as how antibodies block its entry into a cell. They worked with neutralizing antibody, 19/1786. The antibodies bound to proteins on the virus’ surface and prevented the penetration of the virus into cells, where the virus could replicate.

“The neutralizing antibody that was studied only binds to 120 out of 180 surface glycoproteins of tick-borne encephalitis virus. This is due to the specific arrangement of glycoproteins on the virus’ surface, which interferes with the antibody binding to the other sixty glycoproteins. However, the neutralizing antibody still effectively prevents the fusion of the virus and the cell,” explained Plevka. The tick-borne encephalitis virus changes its structure, depending on the acidification of the environment, and this results in the fusion of its membrane with the host cell membrane, setting off the infection.

Get to Know Your Enemy

Information about the virus’ structures and mechanisms that enables the virus to recognize the acidic environment and trigger the fusion of the virus and the host cell may allow development of antiviral drugs. The team is continuing their research on the life cycle of the virus and is searching for other weak points for possible therapy.

“First, we studied how the virus infiltrates the host cell, and now we are studying the next stage, in which the virus reproduces itself inside of the cell. We are examining immature particles, in which surface proteins are organized in such a way that prevents them from fusing with the cell. We would like to describe this stage and the mechanisms behind the viral particles maturing, which is the process whereby the virus becomes infectious,” said Plevka.

Studying the immature virus is challenging because sample preparation is even more troublesome than the isolation of the infectious particles. Every immature virus particle has a unique shape, which further complicates its structural characterization. “We are planning to focus on another unusual phenomenon, in which some antibodies increase the infectiousness of the virus, rather than destroy it. We hope to discover how these antibodies interact with the virus particles and increase the effectiveness of the infection,” added Plevka. He also emphasized that his team is involved in basic research and is not focused on drug development. However, other experts in the field can further build upon his findings. 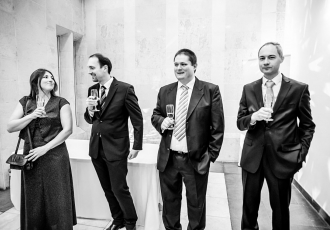 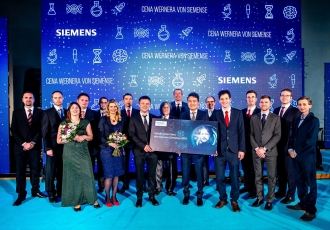 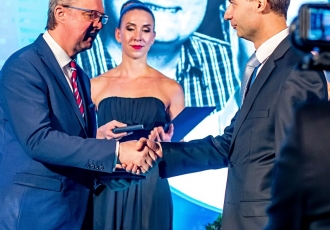 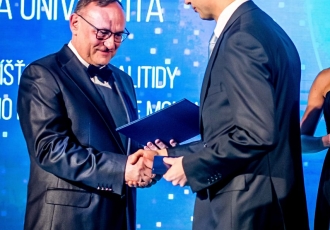 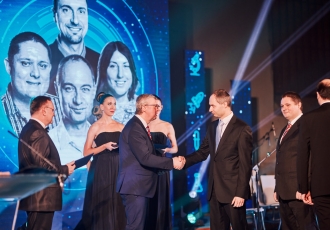 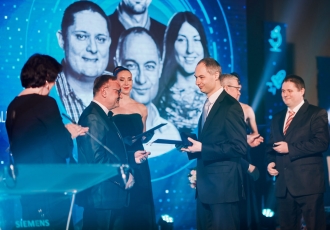 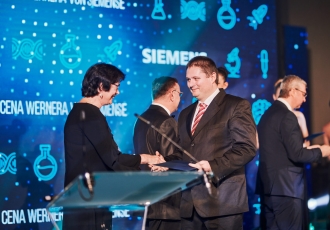 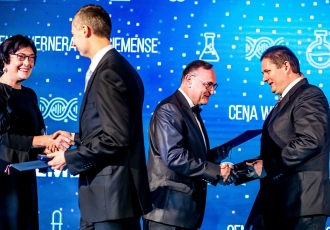 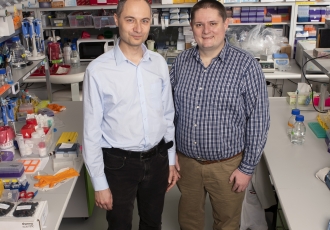