World Malaria Day, which takes place on 25 April each year, is an internationally recognized day highlighting the global efforts to control malaria and celebrating the gains that have been made. Millions of lives have been saved. But in spite of this, half the world still lives at risk from this preventable, treatable disease. A disease that kills a child every two minutes.  This past year, as the world has strained to tackle COVID-19, the fight to end malaria has become even harder. On World Malaria Day 2021 the WHO and RBM Partnership to End Malaria (the largest global platform for coordinated action towards a world free from malaria) is asking people around the world to achieve what we know to be achievable. Draw The Line Against Malaria so we can end this deadly disease within a generation! 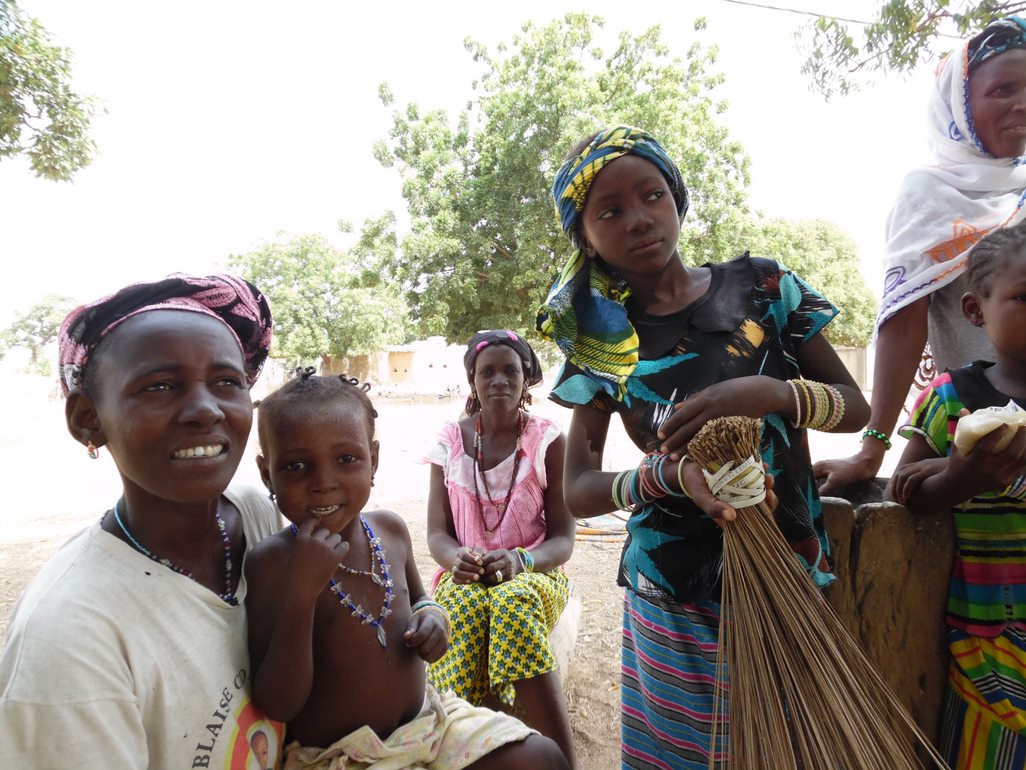 Malaria is caused by a mosquito bite that spreads a parasite; Plasmodium. Plasmodium falciparum malaria is the deadliest malaria, killing mostly young children under 5 years of age. P. falciparum is very good at hiding from our immune systems, which means it can still infect people that have had malaria many times.  A big hurdle in finding new ways to beat malaria, is understanding how our own immune systems can work in different ways to fight it.  Now we are beginning to make important breakthroughs.

Scientists from all over the world have made great progress in the malaria fight over the past two decades, saving more than 7 million lives and preventing over 1 billion malaria cases. The Czech Republic´s researchers are also contributing to the progress that has been made against malaria, to ensure no one is left behind.

Australian researcher Jaclyn Quin from Mary O´Connell’s Research Group based at CEITEC Masaryk University is investigating what immune response are effective against infection with P. falciparum. She studies the Fulani, an ethnic group of West Africa who are naturally resistant to malaria. Even though the Fulani protection from malaria has been known for over quarter of a century, we still don’t understand what it is that protects them.  Excitingly, studies of the Fulani based in Mali and Burkina Faso show that they can mount a stronger immune response against P. falciparum.  Scientists in Brno are now working in collaboration with researchers in Mali and Burkina Faso to find out if a certain part of the Fulani’s unique immune response can offer protection against malaria. That part of the immune system is an exciting protein called ADAR1.  Professor Mary O’Connell’s research group at CEITEC Masaryk University are world experts in ADAR1 regulation of ‘innate immunity’, our first line of defence that begins the immune response.  They are working together with Professor David Modry at CEITEC Veterinary University, whom, together with his team, studies malaria transmission among humans and primates, in Africa.

Read the interview with doctor Jaclyn Quin about Malaria, Fulani people, ADAR 1 and about the potential to use her research results for treatment of other diseases!

Why is the Fulani ethnic group better protected from P. falciparum malaria than other ethnic groups living alongside them in West Africa?

Even after all this time, we still don’t know for sure! What’s really exciting is that we do know they have a stronger immune response. In comparison, other people who are resistant to malaria, for example people who carry the gene that causes sickle cell disease, have physical differences in their body, that don’t really help us to understand how we can best develop treatments for malaria.  But, years of studies in the Fulani have shown that they have things like a more inflammatory immune response, more activation of immune cells, and more antibodies against malaria. So even though they can still catch malaria, they are far less likely to get sick. What we want to find out now, is what kicks off this stronger immune response - so hopefully we can use it to fight against malaria for everyone.

What was the main finding of your pilot study?

Our collaborators in Mali and Burkina Faso worked with Fulani villagers who are exposed to really high rates of malaria every year – each person gets over one infective mosquito bite per night during the rainy season. They collected blood from volunteers, and we used next-generation sequencing to analyse the differences in genes that were switched on and off when Fulani get malaria.

What role does ADAR1 play in malaria?

That is exactly what we are trying to find out here in Brno. No one has ever looked at ADAR1 in malaria before, it’s completely new.

We know from work that the group of Mary O’Connell and other research groups have done on ADAR1 that it is really important for controlling the immune system. ADAR1 adds tags (or barcodes) to a component of our own cell, our RNA, so that we can tell the difference between our own RNA compared to RNA from an infection. For example, when SARS-Cov-2 coronavirus enters our cells, it releases RNA.  When the infecting RNA doesn’t have these special tags (or barcodes), our immune system recognises it as an invader and starts our immune defence. To tell you how important it is, if someone is born with a genetic mutation that stops ADAR1 from adding these tags, then their bodies think their own RNA is a ‘real’ infection, so it responds with such high levels of inflammation that sadly they die when they are very young.

In the Fulani, we think that their immune system might turn off ADAR1 just for a short period of time after they sense a P. falciparum infection. This way, they can ‘boost’ the start of the immune response with their own RNA, then ADAR1 goes back to normal levels again once the immune response starts.  Now we are doing the studies here at CEITEC to see if targeting ADAR1 really can give you a head start in fighting infection.

How can other researchers build on your findings?

That’s a really interesting question. In the long run, if our results are positive, I would like to see if targeting ADAR1 during malaria vaccination could help boost the vaccines effects. So far, it has been really hard to create a strong malaria vaccine. Probably because, as I said earlier, Plasmodium is so good at hiding from our immune system. If people can have a lot of natural malaria infections and still don’t become fully immune, then it is a challenge to create a vaccine that can perform better than that.

Another exciting aspect of this research, is if targeting ADAR1 can boost the immune response, would it work for diseases other than malaria? There is some recent promising research that found targeting ADAR1 improved immunotherapy against cancer.  What about improving therapies for viral diseases, would it work there as well?

Research is all about collaboration, with whom did you collaborate on your research?

This is the most collaborative project I have ever worked on!  It’s really a global effort.

The research institutes we work with in West Africa, include MRTC (Malaria Research and Training Center, University of Sciences Technique and Technology) in Mali, as well as GRAS (Groupe de Recherche Action en Santé, Burkina Faso) and CNRFP (Centre National de Recherche et de Formation sur le Paludisme) in Burkina Faso. They have long term ties with the Fulani communities, and have been driving this research. Particularly, I work with Associate Professor Charles Arama, at MRTC, who has been working with the Fulani since 2000, and who provided the Fulani blood samples for us last year.  Dr Arama obtained his PhD at The Department of Immunology at Stockholm University. Charles and his collaborators have exciting other projects focused on the Fulani. For example, what else is different in the health of the Fulani, besides ADAR1? Are any differences due to genetic reasons, or due to the different culture of the Fulani, for example their diet or use of traditional plants?

The next-generation sequencing analysis is a project from Stockholm University, started by Professors Marita Troye-Blomberg and Ann-Kristin Östlund Farrants, whom I previously worked with. Then, I came to Brno to continue the project because Mary’s research group here are world-leaders in ADAR1 research. CEITEC has access to fantastic scientific facilities, so we can perform really challenging experiments to find out ADAR1s role in fighting malaria. Being able to collaborate with the Veterinary and Pharmaceutical University, and someone as experienced in global malaria research projects as David has also been invaluable.

Why should countries with no occurrence of malaria also support malaria research?

Well, for almost everyone I’ve worked with - anywhere in the world - it’s enough to hope that you’ll help improve the lives of people living in malaria affected areas - especially when you consider that it’s very young children who are most vulnerable to the disease.

It is important to remember that malaria used to be common in Europe, reaching as far north as the arctic circle.  In fact, it wasn’t eradicated until the 1970s. Mostly, via getting rid of the mosquitos – Anopheles mosquitos - that can transfer malaria, by programs that removed bodies of water where they could breed and by insecticide spraying.  Now, the Anopheles mosquito populations are recovering.  Factors such as climate change, which may make Europe warmer and wetter to favour mosquitos, and increased travel between Europe and malaria endemic areas that can bring malaria back so that these mosquitos can pass it on, may increase the risk of malaria outbreaks. Stable ongoing malaria control programs are important, for example, the world wars significantly delayed the eradication of malaria in Europe.

On the other hand, David’s research group focuses on zoonotic diseases – those are diseases that can pass between animals and humans. For example, he and his team have studied possible the transmission of malaria between gorillas and humans in the Central African Republic, as well as the possible impact of avian malaria (which have never been reported to infect humans) on endangered birds in the tropics.

While these risks are incredibly small, if the last year has taught us anything, it’s the value of arming oneself with as much knowledge as possible, before you need it. 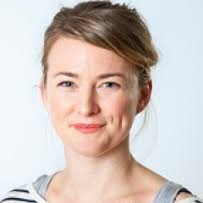 Jaclyn Elizabeth Quin was born in Australia. She received her PhD in Biochemistry and Molecular Biology from the University of Melbourne in 2017. During her graduate research, she worked with Ross Hannan at the Peter MacCallum Cancer Centre, and investigated the pathways that mediate therapeutic response to a newly developed small molecule inhibitor of RNA Polymerase I (CX-5461) in tumour models of different genetic backgrounds.  She moved to Stockholm University as a Lawski Foundation Scholarship recipient, to work with Ann-Kristin Östlund Farrants, in collaboration with Centre National de Recherche et de Formation sur le Paludisme in Burkina Faso, to investigate the genetic basis of why the Fulani ethnic group of West Africa are protected from Plasmodium falciparum malaria. Her pilot study, performing RNA-sequencing and DNA-methylation analysis of uninfected and infected Fulani, identified a difference in the levels of A-to-I editing of RNA in Fulani during malaria. Since 2018, Jaclyn Quin is a recipient of Marie Skłodowska-Curie Widening Fellowship and works at the Central European Institute of Technology (CEITEC) of the Masaryk University. She moved to the Czech Republic, to work with professor Mary O’Connell at CEITEC MU, who has pioneered the role of A-to-I editing of RNA in the innate immune response. Jaclyn´s new project builds on her background with the Fulani ethnic group and the complementary expertise from Mary O’Connell’s research group enables her to effectively investigate the role of levels A-to-I RNA modification in effective immune response to Plasmodium falciparum malaria.