This year the European Union is providing millions of Euros for projects which are approaching the moment that there will be mainly environmentally-friendly electric cars driving on the roads. Scientists from the research group Cybernetics in Material Science from CEITEC BUT in Brno, in cooperation with the company, Infineon Technologies AG, are involved in two of these projects - OSEM-EV and 3Ccar. 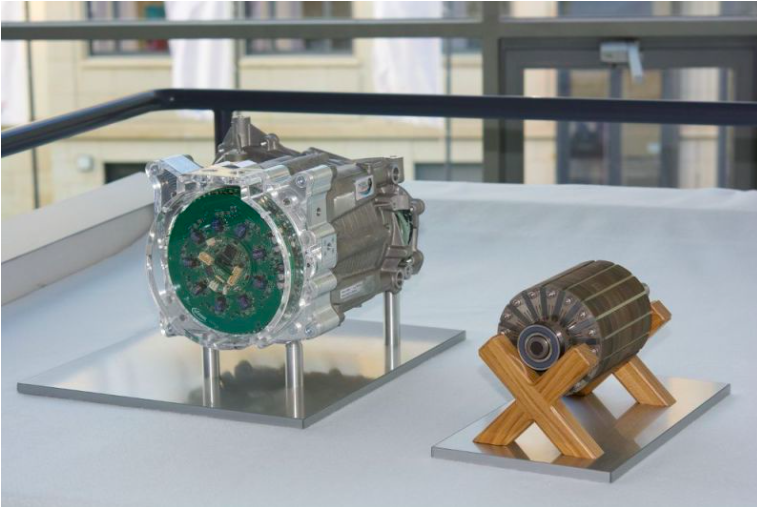 The joint aim of projects OSEM-EV and 3Ccar, which will be coordinated by Infineon Technologies AG, is to make electromobility cheaper and more effective and to increase its reliability. The projects will run until 2018 and in this way will help Europe to become the place of continuous development of technologies for the production of electric vehicles. “Fully electric cars are in fact the only possibility of how to use renewable sources of energy in the automobile industry. Although they are commercially accessible, their use is still limited. New technologies in the fields of electronics, microprocessors and algorithms are promising for electromobiles to become a common means of transport,” explains Pavel Václavek, the Head of the research group from CEITEC BUT.

Thanks to the project OSEM-EV (Optimised and Systematic Energy Management in Electric Vehicles) the range of electric vehicles will increase. Twelve partners are focusing their activities on the research of an intelligent thermal management, which includes cooling systems for the electric drive, the battery life and effective energy recuperation. The budget of the project is set at 8 million Euros. “One of the major problems for the expansion of fully electric automobiles is their limited range, which is very dependent on the season of the year and temperature. Our team is going to work on the development of algorithms for management of electrical and heat energy, which will enable the improvement of comfort (air conditioning and heating) as well as the increase in the range of electromobiles to the level similar to current vehicles with combustion engines,” adds Pavel Václavek, whose group has been engaged in electromobility for several years.

There are 48 partners from 14 countries from within and outside the EU participating in the project 3Ccar. The task for the experts in 3Ccar is to develop new technologies for fully electric cars, as well as cars with combustion engines, with an aim of providing solutions for reliability, comfort and safety.  The budget of the project has been set at 54 million Euros.

Both projects belong to the twelve most significant research projects in Europe. Their official opening was held in Brussels at the beginning of June 2015. In total, 70 partners consisting of 120 researchers from 15 countries participated in this event, together with representatives from ECSEL Joint Undertaking, European Union, European Commission, the German Federal Ministry of Education and Research and the Taiwan Ministry of Economic Affairs.

CEITEC Takes Part in Four Prestigious Projects Which Aim to Improve Industry 4.0 and Automation in Transportation

The team of Pavel Václavek focuses on drawing the future of automation, AI and many other areas with in the Mobility 4.0 and Industry 4.0. His…

Pavel Václavek Elected Chairman of the Steering Committee of the National Center of Industry 4.0

The mission of the National Center of Industry 4.0 is to create an open platform where it can support and inspire the corporate and academic world.…