A visionary who turned his ideas into successful scientific missions

On July 2, 2021, Professor Jaroslav Koča, a prominent chemist and structural biologist, passed away. He was the President of Czech Science Foundation (GAČR), Emeritus Scientific Director of the CEITEC Consortium, and Director of the National Centre for Biomolecular Research at the Faculty of Science of Masaryk University. Professor Koča died after a short, insidious illness, leaving a permanent mark both on the personal lives of all who knew him, as well as on Czech and international science.

Professor Koca was a visionary who was able to develop his clear and constructive ideas with unfailing patience and creativity and turned them into successful scientific projects. He was a man of great talent, knowledge and skills, which he devoted to the development of Czech science, both on an individual level and through building unique interdisciplinary and intersectoral collaborations. To his credit, not only important foreign science personalities, but also many young talented scientists, whom he was able to motivate and support throughout their emerging careers, came to work in Brno. His scientific passion was computational chemistry. In this field, he managed to build a strong international reputation, evidenced by more than 200 publications in prestigious international journals and by many other research results. He was a committed advocate of basic research that meets international quality standards and that possesses innovation potential. He always defended those high standards.

Professor Koca’s modern thinking, insight, and warm personality were reflected in most of his professional achievements. Especially memorable was his role in building and managing the National Centre for Biomolecular Research, the CEITEC consortium, or in his recent involvement in the Czech Science Foundation

The sudden death of Jaroslav Koca leaves huge void among his family, friends, and colleagues, and is also a great loss for the whole society. His vision, although not yet fully finished, will remain a living legacy that will continue to guide Czech science towards quality. 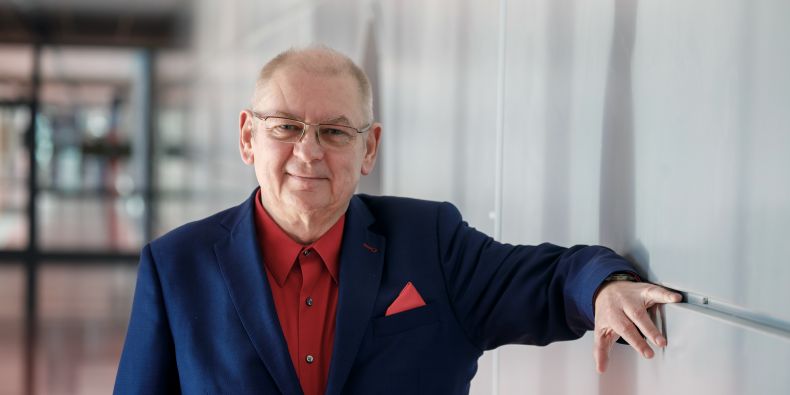 Professor Koča received his master's degree in mathematics and chemistry in 1979 at the Jan Evangelista Purkyne University in Brno. In 1983, he completed a postgraduate study in organic chemistry at Comenius University in Bratislava and subsequently obtained a habilitation in organic chemistry at Masaryk University (1988). He was appointed professor in this field in 1995. From 1988 to 1990 he completed a postdoctoral fellowship at the University of Trondheim in Norway. During his scientific career, he has published more than 200 original scientific papers in international journals and led more than 40 doctoral students and postdoctoral fellows. During his life he worked at leading foreign universities in Grenoble (France), Pacific Northwest National Laboratory (USA), Rennes (France), Trondheim (Norway), Nantes (France), Knoxville (Tennessee, USA) and Athens (Greece).

In 1996, professor Koca contributed to the establishment of the Laboratory of Structure and Dynamics of Biomolecules at the Faculty of Science of Masaryk University. In 2001, this laboratory was transformed into a faculty institute called the National Center for Biomolecular Research. The ambition of prof. Koca was to create a successful research centre visible on the international landscape of well-performing scientific institutions. This concept was successfully fulfilled within the CEITEC project, where professor Koca had been a member of the preparatory team since 2009, and where he, as the scientific director of life sciences, guaranteed the final scientific development of the project. In the years 2011–2015, he led the biggest consortium partner – CEITEC Masaryk University. From 2016, he was the scientific director of the entire CEITEC consortium.