A team of scientists led by Research Group Leader Radek Marek from CEITEC Masaryk University summarized the current knowledge of relativistic effects of heavy atoms on resonance frequencies of the neighboring light atoms. A comprehensive summary of the team´s findings from the last decade and state of the art was recently published in the prestigious scientific journal Chemical Reviews (IF 52.850). The review article describes chemical compounds and materials across the periodic table and unifies concepts of the relativistic neighbor-atom effects in magnetic resonance and explains their trends. A fundamental understanding of such relativistic effects is crucial for scientists in many branches of physical, material, and life science. 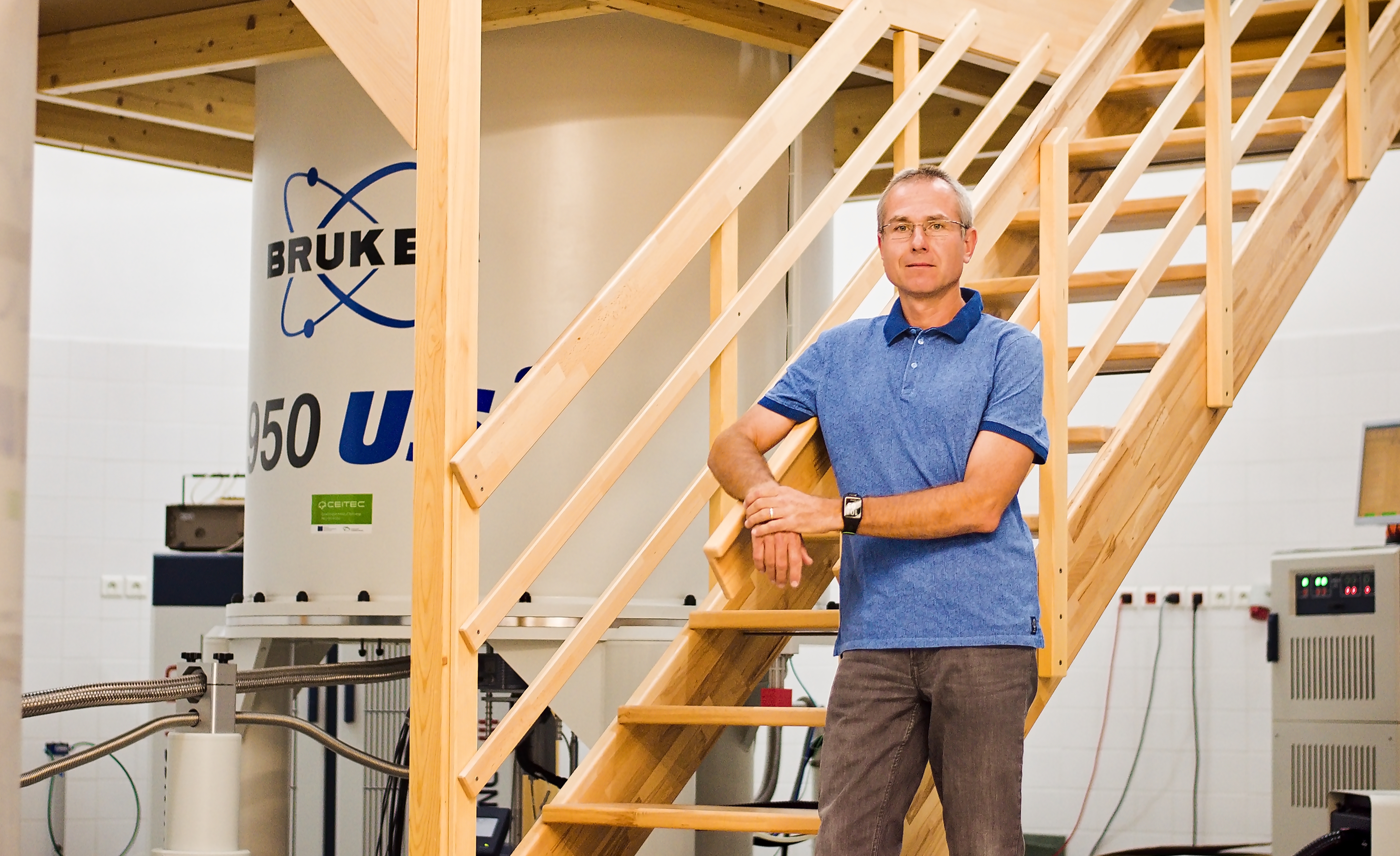 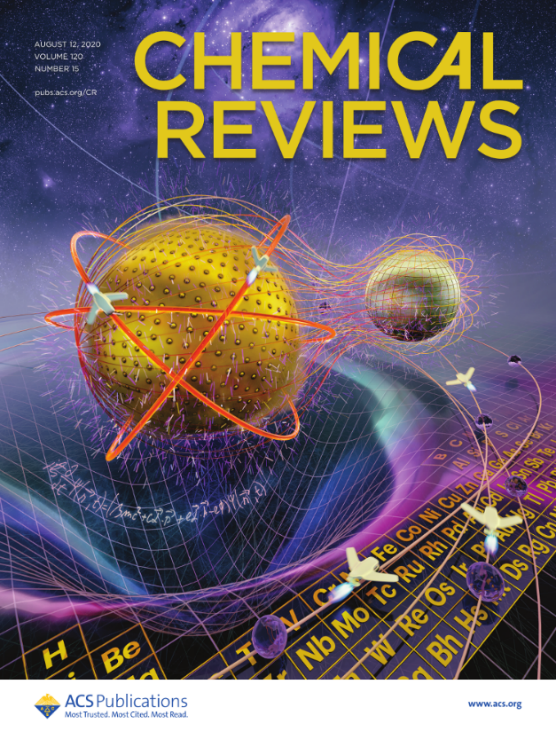 Since the discovery of the theory of relativity by Albert Einstein, humankind has gained a significant understanding of many previously mysterious natural phenomena. Curvature of space and time as explained by the general theory of relativity is publicly well known and popularized in textbooks through the behavior of gravitational black holes and wormholes. A cover page (see picture) of the most prestigious journal of the American Chemical Society – Chemical Reviews – depicts an artistic view of the space-time curvature underlying gravity around a massive body such as a neutron star, with its effects on the neighboring smaller bodies. This astrophysical phenomenon in a macro world is paralleled in a physicochemical micro world by relativistic effects of an atom of a heavy element on properties of neighboring light atoms.

The latter are consequences of the special theory of relativity and can be observed experimentally in a magnetic field. The related nuclear magnetic resonance (NMR) technique allows the scientists to “communicate with individual atomic nuclei” and monitor their properties by electromagnetic fields on radiofrequency waves. This somewhat parallels our use of regular mobile phones, where every atomic nucleus has its own frequency or “phone number”. The NMR spectroscopy is an analytical tool that provides fast, non-destructive, and non-invasive means for the observation of matter from the atomic to the macroscopic scale. Magnetic resonance revolutionized the practice of chemistry as well as medicine, where the technology known as MRI (magnetic resonance imaging) became a vital tool for medical diagnostics.

The presented article summarizes the current knowledge of relativistic effects of heavy atoms on the “transmitting” frequencies of the neighboring light atoms, which directly report on the type of chemical bonding between atoms and thus the structure of matter – in material or biological tissue. The research team consisting of Jan Vicha from Tomas Bata University in Zlin, Jan Novotny from CEITEC MU, Stanislav Komorovsky from the Institute of Inorganic Chemistry of the Slovak Academy of Sciences, Michal Straka from IOCB, Martin Kaupp from the TU Berlin, and Radek Marek from CEITEC MU, has been working in this field for more than a decade and has brought several new concepts to this field and summarized them in this review article. Their findings will help other scientists to understand the magnetic behavior of their material and could contribute to design in nanotechnologies, new applications for sustainable energy conversion, or to the development of drugs for advanced therapies.

This work unifies concepts of the relativistic neighbor-atom effects in magnetic resonance and explains their trends across the periodic table of elements. Thus, it pays homage the special theory of relativit published 115 years ago by Albert Einstein as well as to the periodic table of chemical elements published 151 years ago by Dmitri Mendeleev.