Cell growth and cell division are complex processes that scientists have been studying in detail for decades. Scientists have focused on understanding the molecular mechanisms that govern those processes. Dalibor Blazek Research Group from CEITEC Masaryk University, described the importance of a specific protein called cyclin-dependent kinase 11 (CDK11) and indicated why this protein could become a possible target for cancer therapy. The results of this study were recently published in prestigious scientific journal Nature Structural & Molecular Biology. 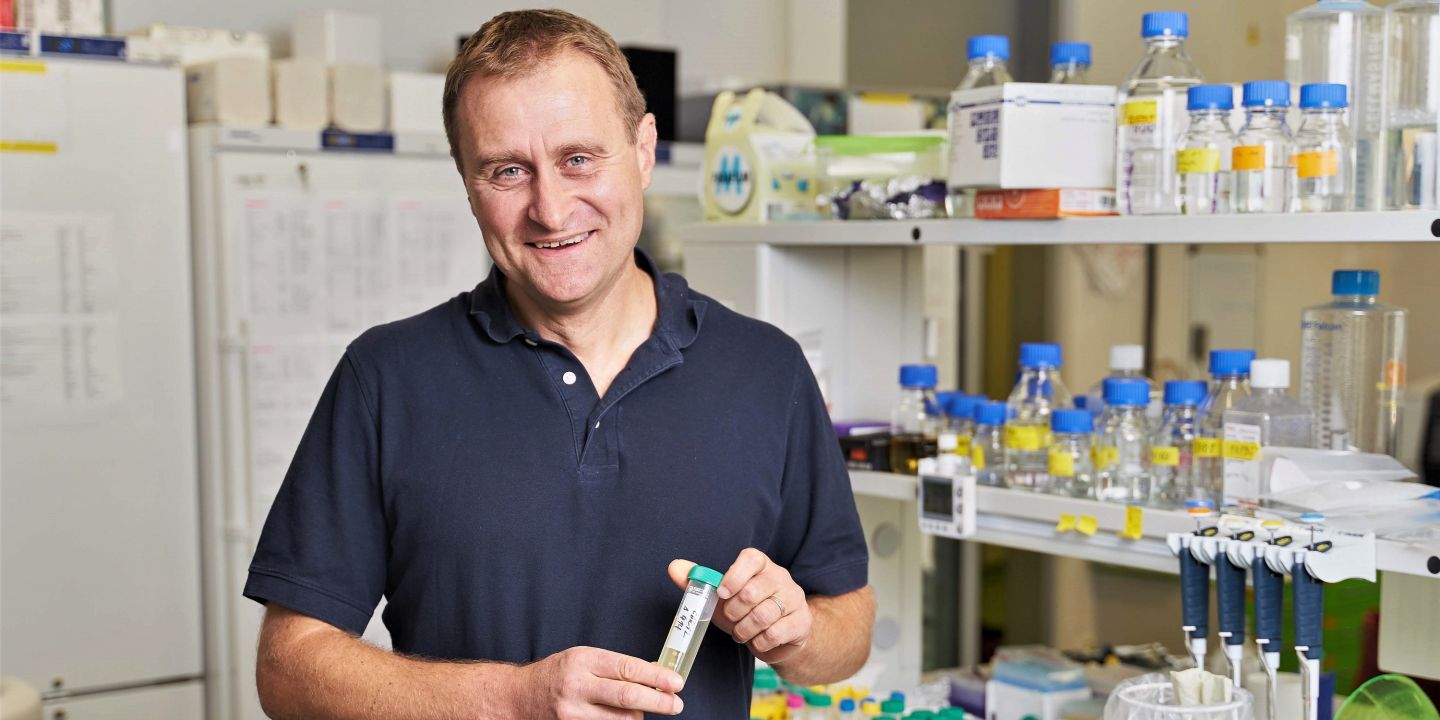 Cyclin-dependent kinases (CDKs) are an important group of proteins that regulate the basic cellular processes that are crucial for cell growth and division. In humans, there are 20 different kinds of CDK proteins, each with its own function in the body. "In little-studied CDK11, previous research has shown that several types of cancer are literally dependent on its activity in the cell. However, it has not yet been clear why, and we have managed to reveal the role it plays in cellular life,” said Dalibor Blazek.

Dalibor Blazek came across CDK11 during his earlier laboratory work, when he was using this protein as a control and observed its importance in cell growth. It was fascinating that CDK11 could only be found in higher organisms, such as mammals. "About five years ago, we started to observe it in more detail, and found that this kinase regulates the transcription of histone genes. These genes are responsible for the production of histones, proteins that cover DNA and protect it from damage. Histones are also important for the regulation of expression of genetic information from DNA into the RNA chain,” explained Blazek.

Histone genes are essential for the existence of a cell. There are about eighty of them in human DNA, and their transcription from the genetic code into a functional protein differs from the transcription of other ~20 000 protein-coding genes. Researchers from CEITEC MU have thus discovered the first kinase that specifically regulates the transcription of histone genes. This discovery was the result of a joint effort by Dalibor Blazek, Pavla Gajduskova, Michal Rajecky, and Milan Hluchy and collaborators from the Francis Crick Institute in Great Britain.

Several clues led the team towards major revelations. They first noticed that the end of CDK11 consists of an unusual sequence of only a few repeating amino acids, which are the building blocks of each protein. One scientific article described that this sequence may be important for binding to RNA molecules. "We were intrigued and decided to conduct an unusual experiment. We took our kinase and tested which types of RNA it binds to. It turned out that it binds most often to the histone RNA, which led us to further experiments, and gradually, we managed to reveal the function of this kinase,” said Blazek.

Histone production is very important in the S-phase (synthesis phase) of the cell cycle, when the cell’s DNA splits into two strands so that the cell can divide. At this point, a large amount of histone is needed to coat both of the new copies of DNA. "During this stage, CDK11 is present only on histone genes, but we do not yet know detailed molecular mechanism," indicated Blazek.

However, the description of the function of CDK11 clearly reveals that this protein may become very important in antitumour therapy. One could start a search for inhibitors of this kinase that could significantly reduce or limit its function, and thus weaken rapidly dividing cancer cells, as they are more dependent on CDK11 than normal cells that divide slower.

Dalibor Blazek's group is also investigating another cyclin-dependent kinase called CDK 12. It regulates the transcription of some genes that are important for the repair of damaged DNA. When CDK12 is missing in a cell, parts of the transcribed genetic information, called transcripts, become shorter and do not function. From the shorter transcripts, the cell cannot produce some proteins necessary for the DNA repair.

When Dalibor Blazek´s research team previously published their work on the function of protein CDK12, many more research groups became interested in the once neglected kinase. Blazek expects that the same will happen now with CDK11. His group will continue to study these two proteins, which are essential for the basic functions of the cell, and which could represent completely new and important targets in anticancer therapy.