In her dissertation and specific research, Alžběta Ressnerová from the research group Smart Nanodevices deals with the connection of technology and medicine. Specifically, she is interested in the possibility of using nanorobots as a means of transport in the body. She was also awarded for her work in the competition Brno Ph.D. Talent. 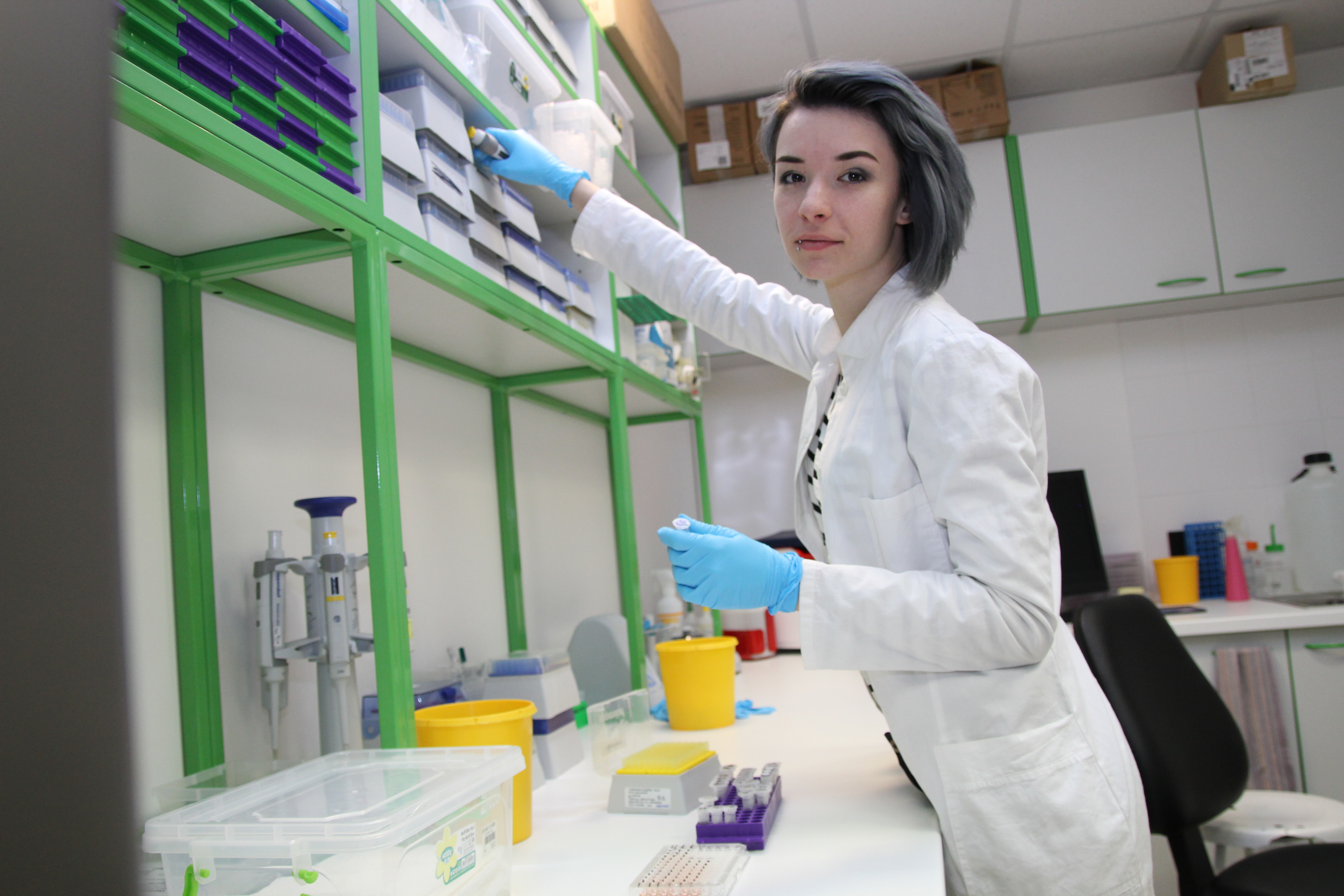 Although Alžběta Ressnerová now focuses primarily on the possibilities of using nanorobots, she herself points out her non-technical education. "I studied molecular medicine in Berlin and worked on a project that dealt with gene therapy for a rare genetic disease. With great luck and by coincidence, I got to my current supervisor, who offered me the opportunity to focus on the use of nanorobots. Which I really liked, because it combines medicine and technology, "says Alžběta Ressnerová, who is a member of the Smart Nanodevices research group at CEITEC BUT and her supervisor is Dr. Zbyněk Heger.

According to Ressnerová, technicians often lack knowledge of medicine or biology, which makes applications difficult. "On the contrary, I take various things from technology and apply it in areas that I understand. I approach various tools and procedures in a biological and medical way. Which I think is necessary today. It is necessary to connect various areas and look at them from different angles, "adds Alžběta Ressnerová.

Her specific research is part of the dissertation, in which she plans to use nanomaterials to transport gene editing tools into cells. "It should connect the topic I addressed in Berlin and the world of nanomedicine," explains Ressnerová.

However, in order to progress in her dissertation, she must resolve a number of issues. She now deals with some of them in her specific research. "The aim of the research is to show that our nanorobot is able to deliver DNA or protein with much greater efficiency than previously available reagents. Plus, for example, it doesn't destroy protein along the way. That is, it leaves the molecule intact and only transports it to the cell, where it can do what it is supposed to do there. It sounds very simple, but there can be a number of problems. The success of the project would therefore be if we were finally able to use nanorobots to transport various substances. Effectively, quickly and without damaging the cells, "explains Alžběta Ressnerová.

Specifically, in her work she uses golden robots with a silver shell measuring sixty nanometers, developed by professor Martin Pumera. "They're powered by peroxide, which acts as a fuel. When we give them peroxide, they start to move fast and chaotically, which significantly increases the chance that they will deliver substances to the cells, "Ressnerová explains, adding that when using passive nanoparticles, only 0.7% of them get into the cells. "When they studied the use of passive nanoparticles in the treatment of cancer, less than one percent got into the tumor. The rest accumulated to the surrounding tissues. Therefore, we would like to streamline transport using active nanoparticles, "adds Ressnerová.

Her project has two main branches. "One is focused on laboratory applications, where we would like to use nanorobots for cell transfections. This means, for example, the transfer of nucleic acids or proteins into cells that are otherwise difficult to transfect. The second branch deals with the use of nanorobots for the transfer of nucleic acids, proteins or therapeutic substances in the treatment of cancer, "says Alžběta Ressnerová.

Now Alžběta Ressnerová is trying to optimize the amount of fuel that needs to be used to activate the particles. "We are looking for the optimal amount so that the robot moves, but so that it does not have a negative impact on the cells. Because peroxide is a very good and simple propellant, but it can have a negative effect on cells at higher concentrations. So, we have to figure out how to get the robot to move, but not to do any harm, "Ressnerová notes.

She also tries to optimize the amount of plasmid. "We want nanorobots to be as saturated as possible and to have no blank spots. At the same time, however, there cannot be too much plasmid for the nanorobot to transport. So we mix them in different proportions and monitor the efficiency, "adds Ressnerová.

In addition to plasmids, they plan to use robots to transport, for example, fluorescently labeled siRNAs. "In the last phase of the project, I would like to attach a fluorescently labeled Cas9 protein to the robots, which is part of CRISPR - a well-known tool for gene editing. The use of CRISPR in combination with nanorobots is something completely new. The applications of nanorobots in medicine are generally extremely interesting. And they show how many things remain to be discovered, innovatively grasped and what directions we can take, “ concludes Alžběta Ressnerová.

For the 11th year in a row, JCMM has rewarded young scientists and experts with three years of financial support, so that they can…