Home About Us News Gene Transfer Agent: Grand Theft of Bacteria From Phages

Structural virologist Pavol Bardy and his colleagues, led by Research Group Leader Pavel Plevka from CEITEC Masaryk University, were the first scientists to reveal the structure of the gene transfer agent (GTA) and describe the conformational changes required for its DNA ejection into another bacteria. Herewith the scientists came closer to understanding the specific mechanism by which GTAs deliver DNA from one cell to another. Their findings could be useful for biotechnology applications aiming to deliver desired genes into microorganisms. The paper describing their findings was published on 15. 6. 2020 in the Nature Communications journal. 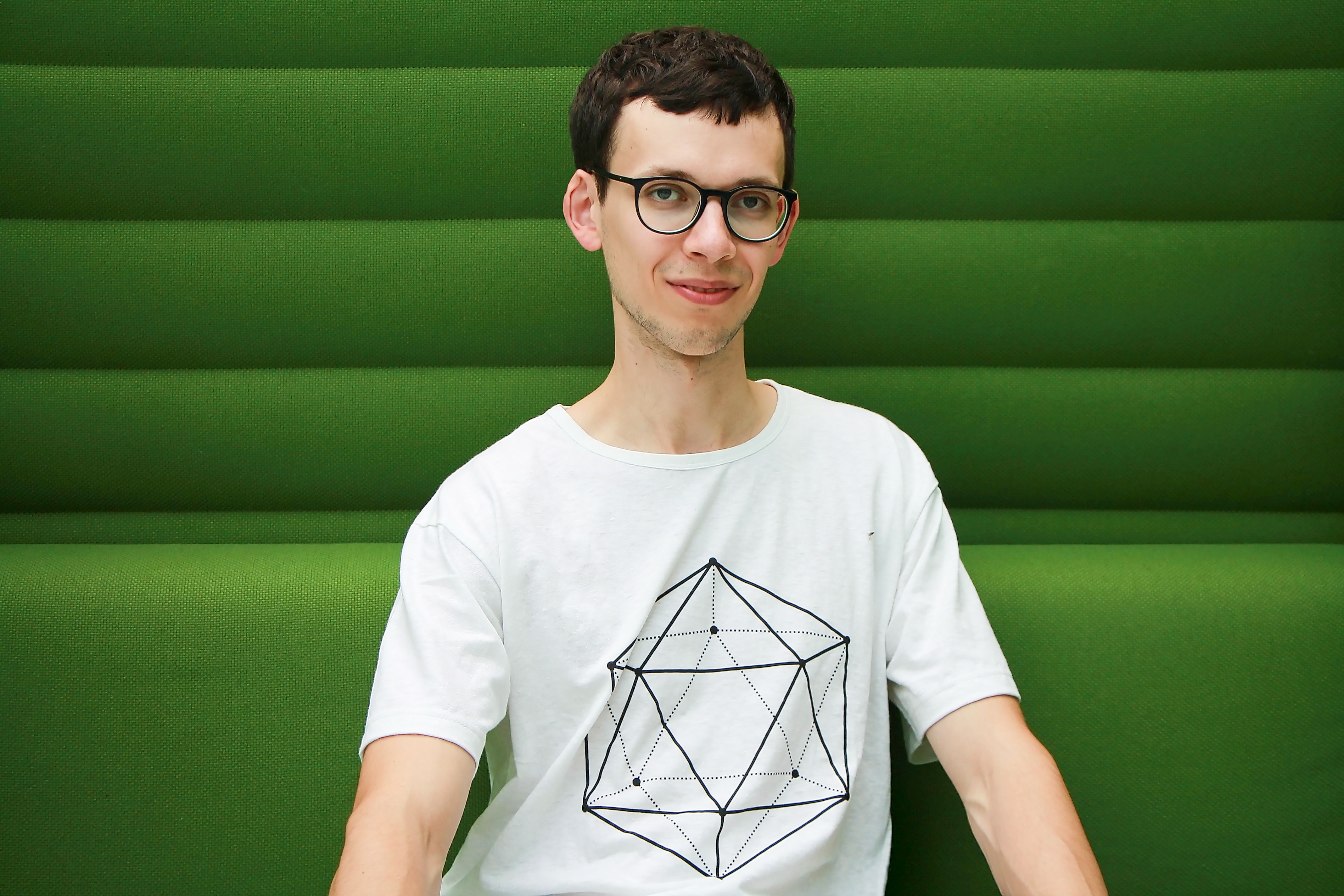 Horizontal gene transfer is the movement of genetic material between organisms other than by the vertical transmission of DNA from parent to offspring, which takes place during reproduction. Horizontal gene transfer has been an important factor in the evolution of many organisms. GTAs are particles that are produced by some prokaryotes, which enable this process. Although there are several natural and artificial mechanisms of horizontal gene transfer, GTAs have proven to be much more efficient than other methods due to their ability to encapsulate and protect the genes they carry. GTAs are virus-like particles that are produced by some bacteria before they die in order to carry random pieces of their DNA. Different GTA types have originated independently from viruses in several bacterial and archaeal lineages.

The most thoroughly characterized GTA is produced by the Alphaproteobacterium Rhodobacter capsulatus (referred to as RcGTA), which belongs to the most abundant microorganisms of temperate oceans. RcGTA serves as the main driver of bacterial evolution in oceans. RcGTAs are also the most studied GTAs, but the exact mechanism by which they deliver DNA into cells remains unknown. A team of structural virologists from the Plevka Lab at CEITEC MU decided to study the structural properties of RcGTA by using cryo-electron microscopy, in order to understand more about this fascinating mechanism of genetic transfer. The research group benefited from its solid knowledge of bacteriophages, which are the evolutionary ancestors of GTAs.

The Promiscuous, but Tamed Relative of Bacteriophage

Many prokaryotic microorganisms produce GTAs, which are structurally similar to bacterial viruses (in short, bacteriophages or phages). GTAs are produced when the cells are stressed, for example, by 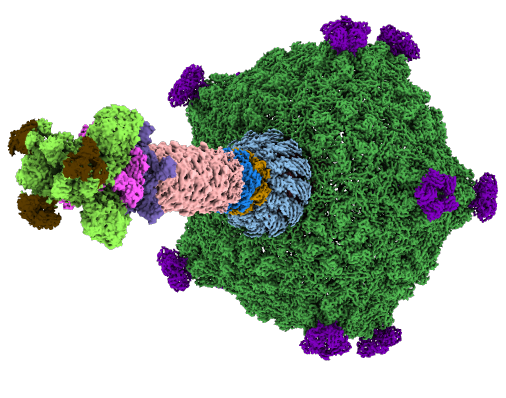 nutrient shortage. Stressed cells communicate with each other, and 1% of cells of the population, at most, initiate synthesis of GTAs, which than carry short random pieces of their genomes. GTA-producing cells are destined to die, but leave segments of their DNA safely encapsulated in the released GTAs, who carry them over to the recipient cells. This system is advantageous for individual genes since it provides a way for them to live on, even when the cells die.

Phages may have arisen from GTAs that were encoded by early life forms, or alternatively, GTAs might be “tamed” phages that were utilised by cells to propagate their DNA. “The structure of RcGTA resembles that of a tailed phage, but has an oblate head shortened in the direction of the tail axis, which limits its packaging capacity. The tail channel of RcGTA contains a trimer of proteins that possess features of both tape measure proteins of long-tailed phages from the family Siphoviridae and tail needle proteins of short-tailed phages from the family Podoviridae,” described Pavol Bardy, first author of this study.

Unlike predatory bacteriophages, GTAs cooperate with bacteria to deliver DNA. The opening of a constriction within the RcGTA baseplate enables the ejection of DNA into bacterial periplasm, which is the space between the outer and inner membranes of Gram-negative bacteria. In contrast, phages puncture both membranes and the cell wall, and eject their genomes into bacteria without active participation from the cell that is being infected.

Furthermore, GTAs behave in a promiscuous manner, penetrating any kind of cell in their surroundings, in order to secure the survival of random pieces of DNA from the original cell. “Moreover, GTAs are like genetic fossils. While phages evolve rapidly due to an arms race with bacterial immunity, genetic information of the GTA is part of the slower-evolving bacterial genome. Thus, we were able to observe structural features that may have been present in phage ancestors,” added Pavel Plevka, corresponding author of the study.

However, using GTAs to transmit DNA carries risks for cells that employ this system. GTAs start to behave like a phages, killing its producer cells, which results in cellular genes not being carried. GTAs may gain the ability to selfishly encapsulate genes that encode their proteins. In that case, GTAs would not provide any benefits to the other genes of a cell. The selfish GTAs would behave like a virus, which would be a disaster for the producer microorganism. Through their structural study, the research team discovered at least four mechanisms that prevent the possibility of conversion of RcGTA to phage-like propagation. “A RcGTA’s head is small, and DNA is packed inside with a lower density than the heads of phages. Therefore, each RcGTA particle can carry only about four genes. In contrast, the structural locus of RcGTA contains 18 genes. Furthermore, the genes required for the assembly of RcGTA particles are present in five distinct loci dispersed throughout the bacterial genome. Therefore, at least nine particles are required to encapsulate the entire DNA encoding RcGTA proteins. Finally, particles of RcGTAs do not mediate gene transfer on their own. Recipient cells have to actively uptake the DNA brought to them by RcGTA,” explained Plevka. Properties of RcGTA indicate that this system evolved from a “tamed” phage that was acquired by bacteria. The numerous mechanisms preventing reversion of RcGTA to a phage lifestyle provide evidence that R. capsulatus cells are under evolutionary pressure to prevent it.

GTAs have an extraordinary potential in biotechnology because they mediate the highly efficient delivery of DNA into cells, which could be used to give these cells new properties, such as the ability to produce new enzymes. Therefore, Pavol Bardy, first author of the study, decided to continue his research in this fascinating direction for his postdoctoral training abroad.