Home About Us News CEITEC Joins the #WomenInScience Campaign

Three years ago, the United Nations decided to mark 11 February as an International Day of Women and Girls in Science. CEITEC is proud to employ and host women that are PhD students, successful scientists, group leaders, patent holders, award winners, and excellent authors of publications. We would like to introduce you some of those women, who impressed the public and professional community with their remarkable scientific results last year.

We would also like to encourage all women and girls devoted to science to share their achievements with #WomenInScience. 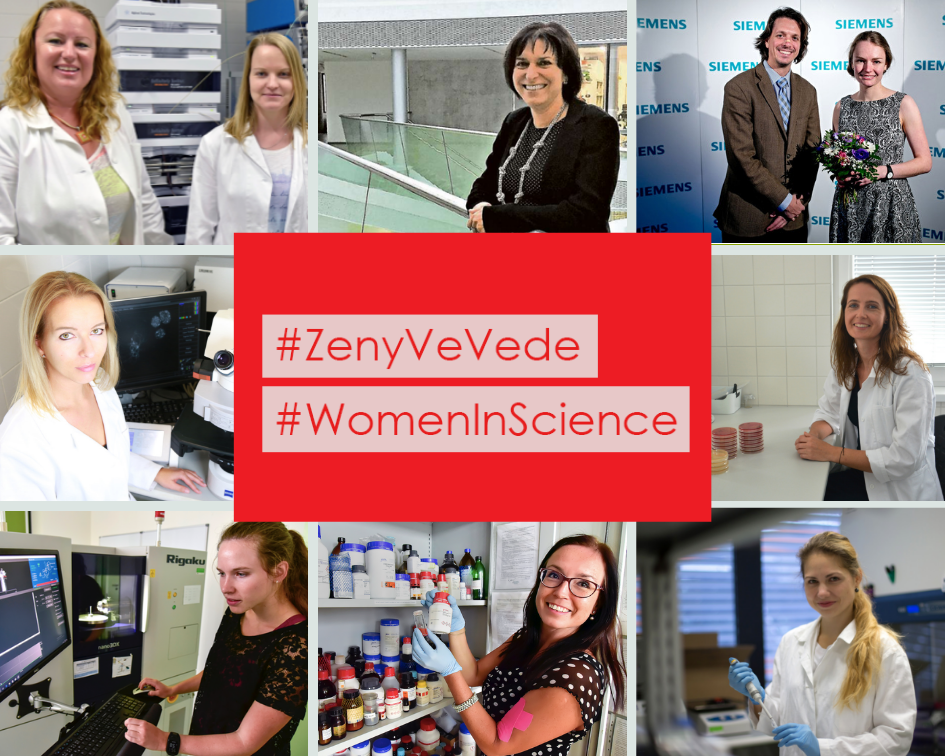 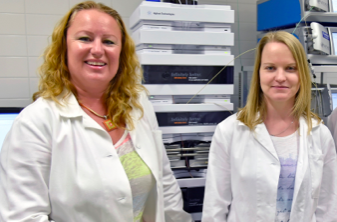 It takes a long time to obtain a patent and even longer to develop unique materials  that could make treatments easier and more effective for patients. Lucy Vojtová and her team at CEITEC BUT have  gone through this demanding journey. After ten years of research, they succeeded in developing a transparent hydrogel, which can be  customised for each patient’s needs in terms of shape and size.After the treatment is completed, the hydrogel disintegrates.

Neurologist Irena Rektorová about brain structures, pathological proteins, beneficial movement and science that is not here yet 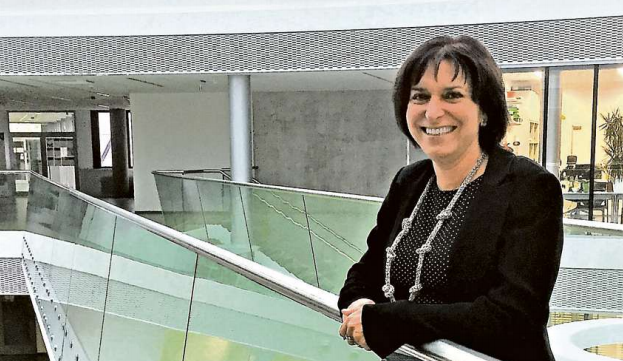 Irena Rektorová, an excellent scientist, has been involved in the study of cognitive and behavioural symptoms of diseases that occur in a high percentage of the current population. This includes Parkinson’s disease, Alzheimer’s disease, and schizophrenia. She has been searching for innovative possibilities in her research that would mitigate symptoms, such as dance therapy for brain diseases. She was nominated numerous times among the TOP Czech Women of the public sphere. 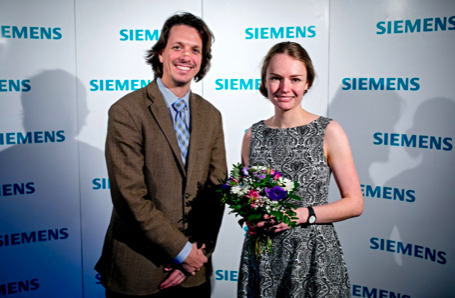 Eva Vojáčková won second place for the Werner von Siemens Award for her diploma thesis on the effect of the microenvironment on chronic lymphocytic leukemia, which is one of the most frequent cancer diseases of white blood cells, (specifically B-lymphocytes) in the western world.

Terezie Mandáková from CEITEC MU Has Been Awarded a Prize of the Rector, Masaryk University, for Extraordinary Research Achievements of Scientists up to the Age of 35 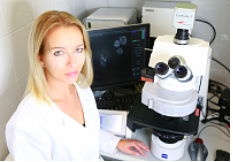 Terezie Mandáková is regarded as a world-class scientist in plant cytogenetics. As Martin Lysák’s team member, she is engaged in the study of the evolution of the plant genome structure of Brassicaceae and its relatives, namely broccoli, rape plant, and wasabi. Terezie also intensively devotes herself to pedagogical activities, such as giving lectures, leading practical courses, and providing training for students. 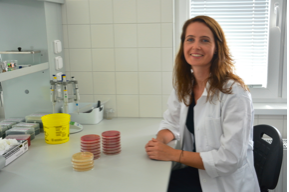 “The world needs science, and science needs women.” This is the motto of an international project, L’Oréal’s For Women in Science, which was established in 1998  as a cooperation between UNESCO and L’Oréal , with an aim of supporting women working in the science, and appreciating their efforts. Monika Dolejská from CEITEC VFU was awarded the prize last year for her project, “Genetic Promiscuity of Antibiotic-Resistant Bacteria: The Story of Successful Evolutionary Interactions Between the Chromosome and the Plasmid.” Her research was focused on the problematics of resistant bacteria, and the project that received the prize dealt with pathogenic strains of the Escherichia coli bacteria. 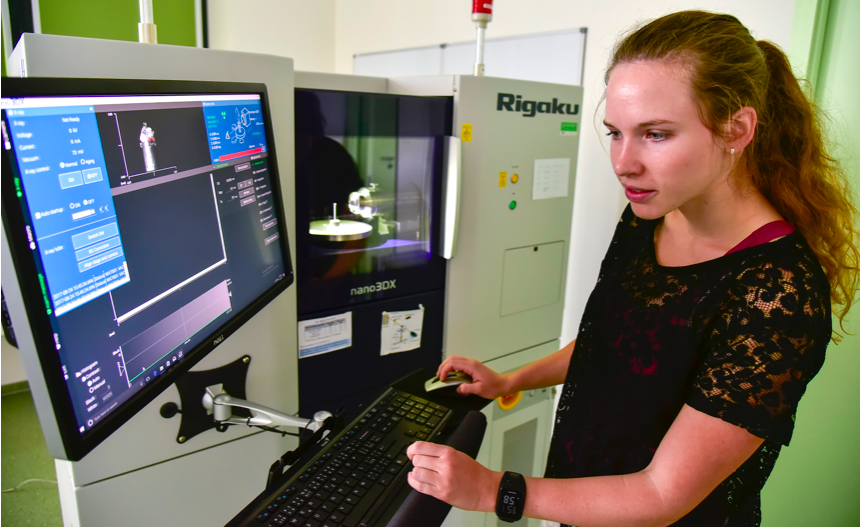 Scientists discovered the regeneration capability of salamanders and other amphibians a long time ago, and it is generally known that if these amphibians lose a limb, they will sprout a new one. What we do not know is how this mechanism works in nature. Markéta Tesařová has been working on this topic,  in cooperation with biologists from the Karolinska Institutet, for over two years. The aim of her research is to visualise, quantify and analyse the different structures of the musculoskeletal system of the salamander at the level of cellular resolution in a three-dimensional view.

Interview with Jana Drbohlavová: I enjoy being closed in a lab 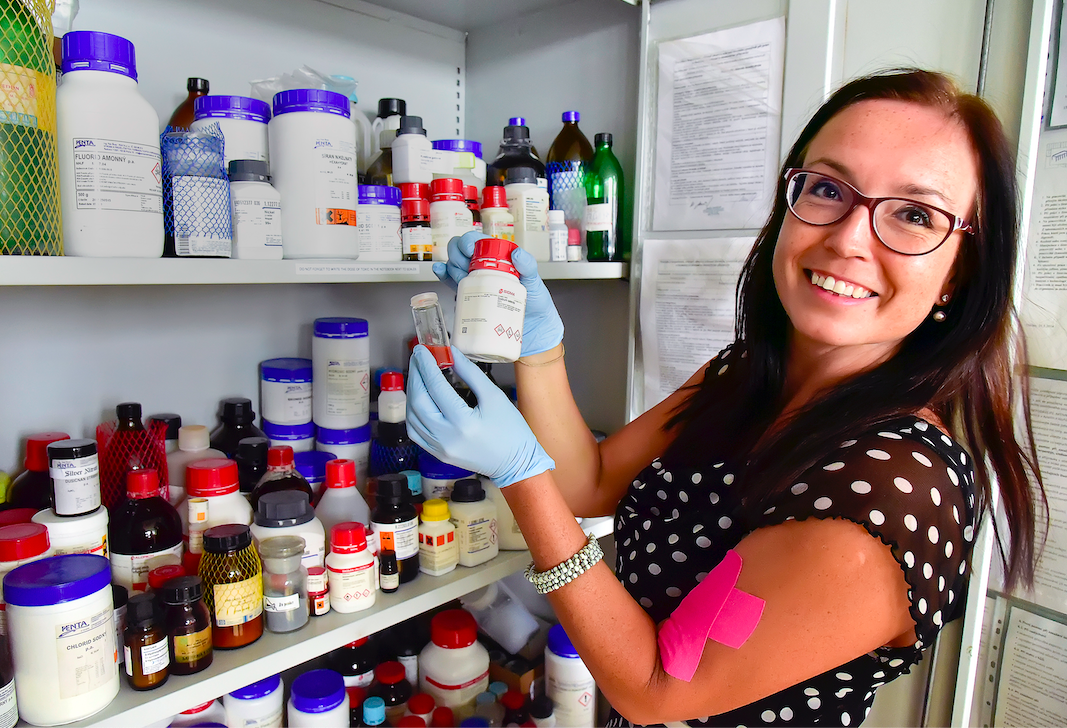 Since 2011, Jana Drbohlavová has been a member of the Smart Nanodevices group at CEITEC BUT. She has extensive experience with several national and international projects in the area of advanced materials and nanomaterials. Currently, she is working in Brussels at the Directorate General for Research (DG RTD). She is based at the Directorate for Industry Technology in the Department of Advanced Materials and Nanotechnology. In our interview, she discusses what it is like to be a female scientist at CEITEC BUT, and what she is currently working on.

Gabriela Pavlasová, CEITEC MU, Has Received a Prestigious DISCOVERY AWARD for Her Research Results in the Field of Medicine 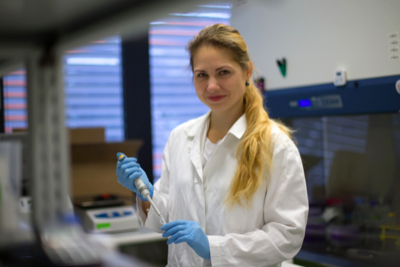 The aim of the Discovery Award is to motivate researchers to produce innovations that improve the life and health of patients. Concurrently, it strives to support the quality of Czech healthcare and pharmaceuticals. Gabriela Pavlasová, a PhD student from Marek Mráz’s group at CEITEC MU, received an award in the Basic Research category in Medicine, for examining the function of CD20, which occurs on the surface of leukemic cells.